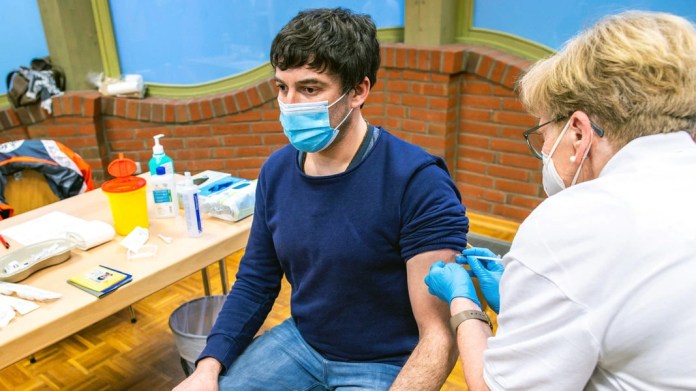 There were around 170 vaccinations in Ludwigslust, 110 in Grevesmühlen (Nordwestmecklenburg district) and 150 in Laage (Rostock district). This means that the staff in a quarter of these facilities in the state capital was first vaccinated. This is a good start that should be built on quickly, as spokesmen for the districts made clear.

The appointment hotline was overloaded

In Laage, 300 more vaccinations for school and daycare staff are due this Saturday. The district of Northwest Mecklenburg wants to open an additional vaccination route in each of its two vaccination centers in Wismar and Grevesmühlen, especially for teachers and educators. 300 appointments were reported to the nationwide vaccination hotline. From the Rostock district it was said that due to the great demand, some interested parties did not get through to the nationwide hotline. The staff there should be increased from Monday. In Schwerin, mobile vaccination teams are to visit the other 47 daycare centers and primary schools on the next two Fridays. Because of new corona infections, two daycare and after-school care groups, a primary school class and the residents of two student residences in Wismar had to be quarantined on Friday in northwest Mecklenburg. One daycare center in Schwerin was completely closed, and one daycare group in Güstrow.

The district of Vorpommern-Greifswald has called on teachers to be patient. You shouldn’t go to the vaccination centers individually, according to a district spokesman. Lists would be submitted to schools and daycare centers to record those willing to vaccinate and then the vaccination would be organized.

“We think we made it. But we haven’t,” said WHO expert Ryan. More corona news in the live ticker. more

The spades against the virus in Thurgau – South African billionaire...

Maradona’s corpse must be preserved

Report by the London “Times” – Will Japan cancel the Olympics?