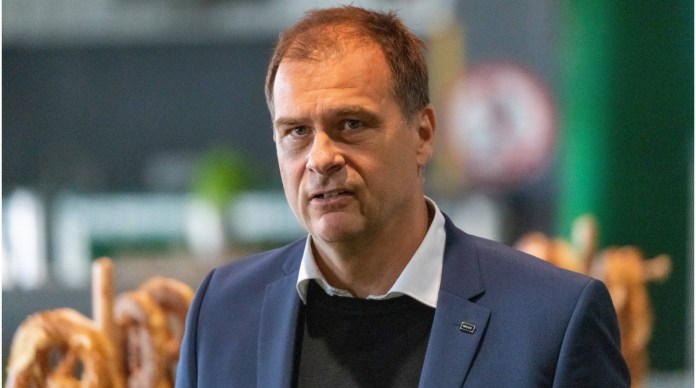 Quote from SGE-Monnem
Quote from riohero10
Quote from zEedYThe football bubble is slowly bursting. The salaries urgently need to be adjusted downwards. It will take years before we get back to the financial strength of pre-Corona.

Nothing bursts because there is / was no bubble at all. Increasing expenses have always gone hand in hand with increasing income.
The fact that individual clubs have failed to make economic sense comes to light with an external shock, of course. At Barcelona, ​​for example, it was a well-known verbanque game or a ride on the razor blade for a long time, since the whole construct implodes without very high income or due to a lack of sporting success. Corona was just one of the ways that can go wrong. A company suddenly finds itself in difficulties due to a lack of income, which is not really exclusive to football at the moment, but across industries. It’s not like the TV money won’t come back. Surely you have to bake smaller rolls first, but the current kind of professional football will not disappear, rather the development will be slowed down for a short time.

Jain. The previous motto was “always more, always faster”. The salaries and transfer fees have risen constantly, because at the same time TV money and sponsorship income etc. have also risen permanently.
That is likely to change in the future and was already noticeable last summer after just a few months of Corona, as each major league has paid significantly less transfer fees than in the previous summer. On average across Europe approx. 40% less. Now another complete corona season has passed and the shortfall in income is of course higher after 12 more months of Covid than after 3-4 months last summer.

In my opinion, this trend will intensify. This will hardly affect the absolute top clubs that play CL every year and almost always end up in the knockout round. At least not in the short term. But the rest is.

There is also the question of future TV contracts. We have a lot of employees in Germany who, in some cases, have been on short-time work for longer periods of time because, in practical terms, their sectors have been temporarily banned from working. There are also many self-employed who are threatened by the crisis in their existence.
When the wallet gets tight, the pay-TV subscription will be one of the first things to get canceled as this is a complete luxury. In the Bundesliga, this also falls at a time when the TV rights for live broadcasts are initially very separate from two providers. So I expect significantly lower revenues from the next TV contract than currently.

I would also doubt whether this is a bubble in the market economy sense, but there will be a rethink in professional football, at least in the short and medium term, simply because of the economic reality.

There are some interesting aspects to this. First of all: I was primarily concerned with the issue of bladder. This is a sham discussion because there is no bubble.

Of course, the reluctance on the transfer market has to do with lost sales, but to a large extent also with uncertainty. How does it go on, when does it go on, when will there be more income from viewers and broadcasts?
The next summer of transfers will generate more sales again and in a few years this will have leveled off again at a high level. If it takes that long at all. There is still so much money in circulation and the development was only upwards, that will certainly be more moderate, but I don’t see that a significant part of the fans and sponsors are suddenly losing interest in professional football.

The lower income argument is double-edged. On the one hand, many households have earned less, on the other hand, the savings rate among Germans is at its highest level since reunification and the economic phenomenon still exists: the lower the income, the higher the consumption rate. We’re not talking about 100 euros a month here. So the people who could afford it before will continue to afford it and the people who consume a lot anyway will buy or keep Sky anyway.
I don’t see the big wave of emigration that will seriously collapse TV revenues. And even if the TV monies fall 10%: Then that is still an abnormally high level and still allows for large financial expenses.

The NFL can serve as a current example: They have also suffered massive losses, but still signed a new TV contract that catapults the league into unprecedented and dreamed-of spheres. The show must and will go on. It won’t be any different with football.

I do not believe that things change fundamentally due to decisive events, since people tend to adapt to hedonism and overcome exaggerated negative and positive outliers and return to the original status quo. Example? Rummenigge: “Yes, it is very bad and we have to pay attention to the costs. The salaries are far too high, far from any reality.” A week later, an 18 year old gets a 5 million year contract. That is exactly the reality and that in the middle of the current exceptional situation.

Night of fear in Burma: tanks and blocked internet

What the new investor Roman Gevorkyan plans to do with KFC...

Doctor comforts seniors with Covid-19 – and moves the world

Apple wants to expand its business with headphones | December...

Christian Ulmen’s serial death could bring an end to the Weimar...

Meghan and Harry at Oprah: The media queen is the real...