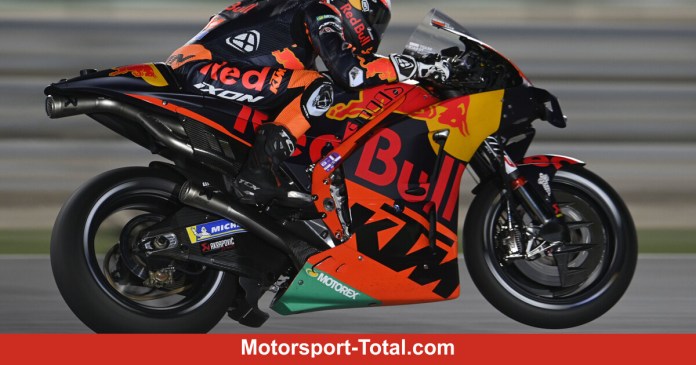 (Motorsport-Total.com) – For KTM, the problems from the MotoGP preseason test in Qatar continue at the beginning of the first of two race weekend at the Losail International Circuit. After Friday, the day of training for the Qatar Grand Prix, in the FT2 all 22 drivers were faster than in the FT1, none of the four KTM drivers can be found in the top 15.

Brad Binder was 16th in the KTM camp, just under a second behind the fastest time of the day. Team mate Miguel Oliveira finished 19th. The two Tech 3 pilots Danilo Petrucci and Iker Lecuona, who have identical equipment as Binder and Oliveira, placed 20th and 21st in the 22-man field.

“I have a hard time entering the corner. We just can’t give in as we would like,” reports Binder, who says: “If we can find something in this area, we will be significantly stronger.”

Team-mate Oliveira, who was more than 1.3 seconds short of the fastest time of Ducati factory driver Jack Miller, reports: “The day was a bit frustrating, on the one hand because of the position, but on the other hand because the gap is not ideal. Of course we would be like faster. “ 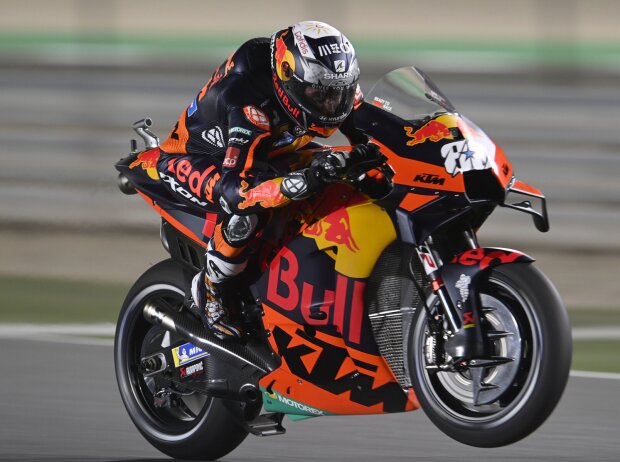 “We tried a different set-up, but that wasn’t the golden throw,” reveals Oliveira and continues: “I just miss the bike’s generally right balance. And with this set-up, I won’t be able to drive any faster. If I can If you try, the bike becomes more unstable. That affects braking, turning in and accelerating out. The balance is simply no longer right. “

During the test drives two weeks ago at the same location, Oliveira admitted that she had “reached a limit” with the RC16. Does he have the same feeling on the first race weekend of the season? “Yes, it is very similar to the test. We basically know where we need to improve, but it is difficult to find the right solution. We will certainly try something different tomorrow.”

Petrucci continues to look for the right set-up

And KTM newcomer Petrucci also said on Friday evening: “Certainly we had promised a little more. I managed to improve my lap time a bit compared to the test, but I’m still missing a second. That’s a lot of wood . “ 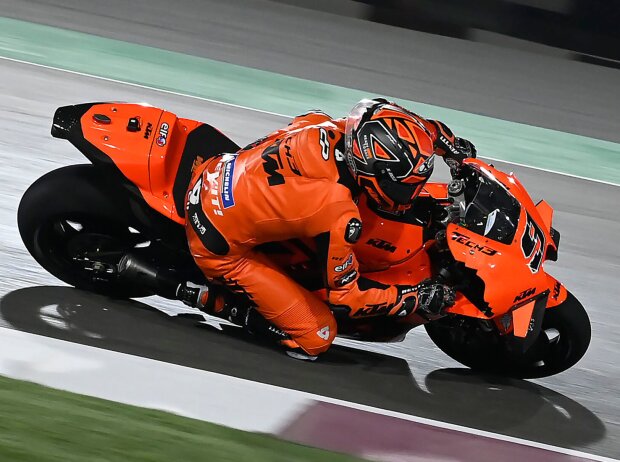 “On Brad alone, I lose 0.4 seconds in the last two corners,” reveals Petrucci when comparing his fastest lap of the day with that of Binder. “That shows that I have not yet found the set-up for me personally and that we still have a lot of work to do,” said Petrucci, who commented on the timesheet: “We are all roughly in the same range. Unfortunately, it is not the area we would like to be in. “

Is it now more difficult for KTM without concession advantages?

Is it possible that it is so difficult at KTM because in 2021, unlike in previous years, you will no longer be able to use the concession benefits stipulated in the regulations? This one lost in the course of the strong 2020 season with a total of three wins.

Binder evades something by saying, “I don’t think losing the concession advantage will change anything. I don’t see how that would make us better or worse right now. We knew even before this weekend that it would not be easy for us It is obvious that we lack the pace. We knew that beforehand. I can’t say much more about that, except that we have to try to get the most out of every day.

Corona mutation from South Africa: British government warns of the most...

Vending machine in the east of Stuttgart: The Regiomat also serves...