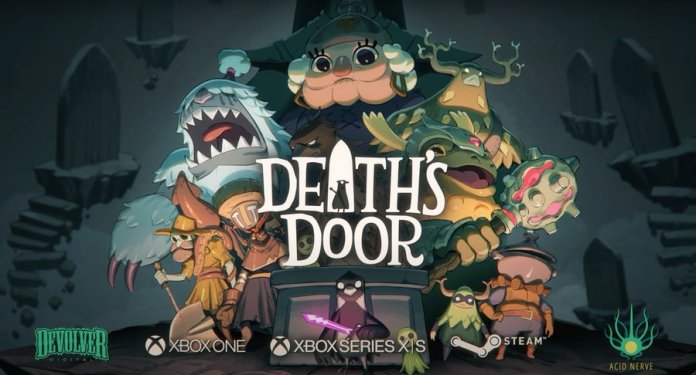 There is initial information and the announcement trailer about Death’s Door.
Death’s Door is a fantasy action-adventure set in a world in which the crows are responsible for harvesting the souls of the dead and operate from their headquarters, the Hall of Doors. One of the crows (that’s you) is sent with an assignment to a twisted place where nothing has died for several centuries …

What is told very darkly in the description continues in the course of the game. The living, fully explorable open world that is filled with strange and wonderful characters, intrigues and dark secrets.

The battles can be done with unlockable weapons and magical abilities, or you can get the umbrella from your office and use it to bring the precious souls back to the Hall of Doors and exchange them there for stat upgrades that improve the play style .

Death’s Door is a challenging game that tells a dark and gritty story, but all of the calamity and gloom is outweighed by a touch of humor and positivity.

Death’s Door will be released for Xbox One and Xbox Series X / S in summer 2021.