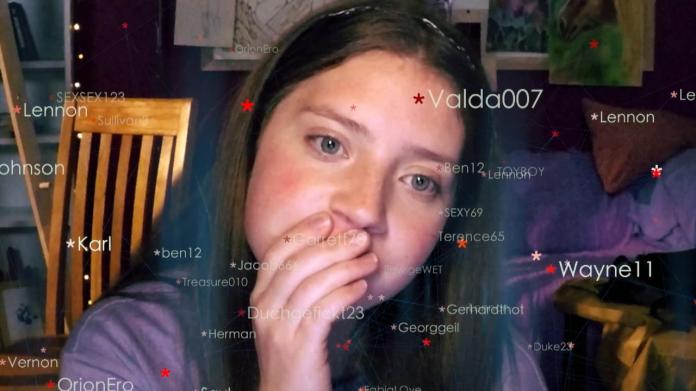 In “Attack on our children and what WE can do about it”, RTL dared an oppressive experiment: three adult but young-looking actors pretended to be twelve-year-olds on the Internet. They tested how quickly children become the target of abusive sexual inquiries on the Internet. What they experienced was hard to bear – but it showed how important it is to educate and protect minors about the dangers online.

Hundreds of intrusive chat requests in a short amount of time

In a television studio, children’s rooms are set up as a backdrop. The young adults Hanna, Paul and Lea (all 20) position themselves in it with computers and smartphones and slip into the roles of children – all supposedly twelve years old. Social media accounts were set up for them weeks before the experiment. The actors are supported by an experienced TV team led by investigative reporter Pia Osterhaus, who advise them and can intervene at any time. For three days, 18 cameras record all the results of the experiment – and they leave you speechless:

Within just three days, Hanna, Paul and Lea received well over 500 violent and sexualised chat requests. The three are exposed to massive attempts at manipulation by adult men and are confronted with the imminent danger of sexual abuse.

The first investigations are already underway

As a result of the research for RTL Spezial, investigative proceedings have already been initiated against 20 men who were identified in the course of the experiment. In just three days, the three actors received more than 500 intrusive messages with explicit images and requests to switch to other chat portals or suggestions for private meetings.

In many cases, the decoys are lured by their counterparts to other communication platforms and in video chats within a few minutes. They see themselves exposed to the pressure that the men put on the supposedly minors – for example when they are supposed to take and send nude photos of themselves.

Moderator Steffen Hallaschka: Creating awareness of dangers on the Internet

“We want to create awareness of how great the dangers for children are on the Internet,” explained Steffen Hallaschka, who moderated the experiment. “It was absolutely shocking how numerous the assaults were in the chat and how determined the perpetrators were. Many of the men left no doubt that their sexual assaults on the net often find a continuation in real life,” he said. “I am full of hope that this unusual television evening on RTL will really change something for the better.”

You can read here what the most important steps are to protect your children from cybergrooming – sexual attacks on the Internet.

Those were the guests of the live broadcast

In the live broadcast, Steffen Hallaschka welcomed Lydia Benecke, criminal psychologist with a focus on violent and sexual offenses, Julia von Weiler, psychologist and head of “Innocence in Danger eV”, Emmaly Baecker, chief detective LKA Berlin, representative of Zentral – and contact point Cybercrime (ZAC NRW), as well as the father of a victim in the studio.

In addition, representatives of the police, the public prosecutor’s office and the State Agency for Media North Rhine-Westphalia (LfM) stood by the audience on 0800 2008008 available for questions.

Offer of help in the context of digital media

With their “Zebra” service, experts from the State Media Authority of North Rhine-Westphalia advise on all questions that arise in everyday digital life and provide specific assistance.

Survey – Investors’ economic expectations for Germany at a record high

Dax is getting closer to its all-time high

New infections at record high: the British are preparing for a...

COVID-19 vaccination campaign: What Austria can learn from other countries