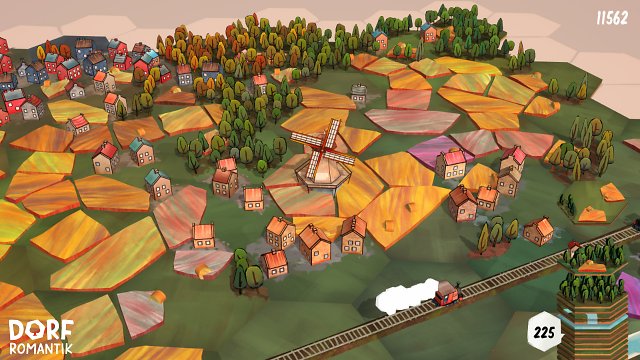 March 27, 2021 at 8:01 pm
of Thilo Bayer –
After village romance on 25.03. in which Steam Early Access started, the first patch is now available. Which changes for update 0.1.1. into village romance? PCGH summarizes.

The Steam Early Access went extremely well for the build-up game Dorfromantik from Germany. After almost 700 user reviews, the approval rate is 98 percent, which is pretty impressive.

Nevertheless, the developers at Toukana Interactive released a first patch after just two days in Early Access, which addresses some apparently important technical problems in the game. So there were probably several possibilities to get stuck in the loading screen due to damaged savegames. The developer has taken “several measures” against this. In the technology menu, the previously existing frame limit has been replaced by a Vsync options with different levels. Also interesting: the game no longer runs in the background.

What the patch 0.1.1. otherwise changed, is shown in the changelog below.

If you want to buy village romance, you have another option: together with our partner Gamesplanet, we have ensured that village romance can currently be dusted off as a bonus for the 1-year digital subscription from PCGH. All information can be found in the linked article.

PCGH Plus: With Reshade there is a tool for all adventurers, scientists and inventors among us. This makes it possible to adapt PC games in every imaginable form. PCGH has tested the latest version. The article comes from PC Games Hardware 06/2020.
more …

Can beer be tapped? A “question of survival” for brewers

Are You the One: Oliver Pocher destroys presenter Sophia Thomalla with...

Ski World Cup: Why the men have overtaken the women at...

Vorarlberg also takes a special route with the theater – Vorarlberger...

League cracker in England canceled due to corona cases – football