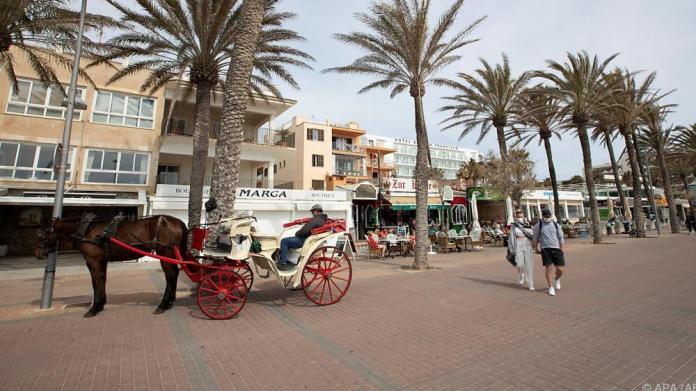 On Saturday taxi drivers waited longingly in front of the airport to finally have customers again. Car rental companies tried to intercept the travelers right at the exit. Many vacationers, however, were also brought to their hotels by bus: “I haven’t been on the road for a year and a half. It feels like being in prison, ”says Abdul Naser from Baden-Württemberg. He’s a little afraid of being infected. “But it’s no different in Germany.”The government removed the Germans’ favorite island from the list of corona risk areas on March 14. This also lifted the Federal Foreign Office’s travel warning. The step was taken because the number of new infections there had fallen below 50 per 100,000 inhabitants within 7 days. This also eliminates the quarantine and, initially, the obligation to test when returning to Germany.

When the number of bookings increased strongly, there was an urgent warning in Berlin against vacation trips to the Mediterranean island. In addition, compulsory testing from Tuesday was ordered for all those arriving from abroad. This also applies to travelers who do not come from a risk area, including those returning from Mallorca. This compulsory test should initially apply up to and including May 12th.

19 – Protest at the German-French border against corona tests

Weather in Germany: “Winter is at a crossroads” – News

New switch hardware and a number of top names to make...

Flu vs. Covid-19: The most important answers to Corona and...