Mick Schumacher is 19th at the start of training in Bahrain, but he is significantly faster than his colleague. Sebastian Vettel gets going well and is in midfield. In front one awakens hope for tension.

Penultimate, but better than his team-mate: Mick Schumacher met the minimum goal at the start of his first Formula 1 racing weekend. In the hot desert of Sakhir, however, the Haas duo took the last two places. Further ahead, Max Verstappen set the pace. The World Cup third in the past two years set the first best time at the Bahrain Grand Prix and fueled fan hopes for a real fight for the World Cup.

Only one hour and a half instead of one and a half hours – no one wanted to lose any time when the 5.412-kilometer track was opened in the Sakhir desert at 2:30 p.m. local time, thus finally opening the record season with 23 races. Up front: Fernando Alonso, who returned to the Alpine at the age of 39. It went on like a string. Mick Schumacher and Vettel also didn’t want to stay in the box any longer.

While a battle for the first time of the day sparked up front, Vettel was initially over a second behind on a fast lap. Mick Schumacher even had to wait a good quarter of an hour before he was allowed to go back onto the 47-degree hot asphalt with his defeated car.

On his first attempt on the somewhat slower medium tires, the 22-year-old then finished in 16th place, four tenths of a second faster than his team-mate Nikita Masepin of the same age. However, the Russian was approaching Schumacher’s time in his further attempts, and was shortly before the end of the first of two one-hour sessions in front of Mick Schumacher. The son of record world champion Michael Schumacher struck back and lost his stable rivals by almost half a second in the battle for the penultimate place.

In the meantime, Vettel was stuck in midfield, and the left front tire was smoking when he braked. After six untitled and frustrating years at Ferrari, the 33-year-old four-time world champion is hoping for a new start with his Aston Martin, which he appropriately named with the role name of the first Bond girl, Honey Ryder. In the battle behind the front with Mercedes and Red Bull, however, it became clear that it could be tight and difficult to achieve third place in the team.

However, the training times are still only of limited use. The teams complete different programs on Fridays. In addition, the track conditions in qualification and in the race are different – both start under floodlights at dusk. The asphalt, heated by blazing sunshine to temperatures just under 50 degrees in the early Friday afternoon, cools down significantly, which in turn has a major impact on the tires.

Sebastian Vettel’s new company car is a Bond girl. The 33-year-old Formula 1 driver named his Aston Martin “Honey Ryder”. “Like the first Bond girl,” said Vettel on Thursday in the paddock of the Bahrain Grand Prix.

The role comes from the 007 classic “James Bond is chasing Dr. No. », played by Ursula Andress. Fans are particularly familiar with the scene that achieved cult status when Andress climbs out of the sea as Honey Ryder in a bikini and is approached by Sean Connery alias James Bond. (dpa)

Probiotics and omega-3 against corona: vitamin supplements are supposed to protect...

How will the corona pandemic change the world? Experts expect... 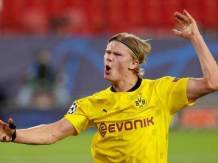 New courage at BVB thanks to Haaland – Germany and worldwide