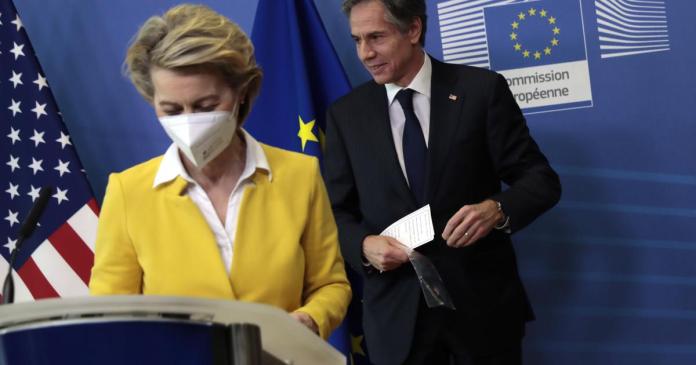 The new US Secretary of State Antony Blinken has promised the EU close cooperation. “We see the European Union as our partner of choice (…)”, said the American on Wednesday on the sidelines of a meeting with Commission President Ursula von der Leyen in Brussels. This applies, for example, to climate protection, the fight against Covid-19 and challenges from Russia and China. Blinken had previously promised its US partners a say in foreign policy.

It is up to the EU and the USA to come together and show the world that democracies can do more for people than autocracies, emphasized Blinken. Von der Leyen also named dealing with Russia and China as one of the common themes. “We share common concerns and should look for ways to work together across our borders,” said the German Christian Democrat. Greater joint efforts are needed in order to be able to meet the current challenges efficiently.

During the tenure of the previous US President Donald Trump, the relationship between the US and the EU was extremely tense. New US tariffs and US going it alone in environmental and security policy had contributed to this. Joe Biden’s new US administration now wants to take a different course.

The European Union also seems to be moving towards the US. The EU foreign ministers’ decision on human rights sanctions against China on Monday was rated as symbolically significant. The measures, based on the suppression of the Muslim Uyghur minority, were the first European sanctions against Beijing in three decades. In return, Beijing imposed sanctions on European institutions and politicians, including five MEPs. China urged the Union “to go inside, to recognize the gravity of its mistake and to make amends”.

Blinken met the EU leadership after consulting with his NATO colleagues. In a speech on Wednesday, Blinken promised its US partners a say in foreign policy decisions. “When our allies bear their fair share of the burden, they rightly expect a fair voice in decisions,” he said.

At the same time, Blinken made it clear that it is not just a matter of Allies complying with NATO’s goal of spending two percent of their gross domestic product on defense. “We recognize (…) the need for a more holistic view of burden sharing,” he said. No single figure fully captures a country’s contribution to the defense of collective security and interests. This is especially true in a world in which a large number of threats cannot be averted militarily.

The USA has been calling for a more balanced burden sharing within NATO for years. At around 785 billion US dollars (660.61 billion euros), they spent around 2.4 times as much money on defense last year as all the other 29 NATO partners put together, and with 3.7 percent they also had that by a long way highest share of defense spending in national economic output.

Specifically, the US requires all alliance states to spend at least two percent of their GDP on defense annually by 2024 at the latest. According to the latest NATO figures, only ten others achieved this target in 2020. These were Slovakia, Greece, Great Britain, Romania, Poland, France, Norway and the three Baltic states Estonia, Latvia and Lithuania.

With a rate of 1.56 percent, Germany was still far from the two percent target – although the expenditures relevant to NATO were increased by almost 35 percent in real terms between 2014 and 2020. “We recognize that many of our NATO allies have made significant strides in improving defense investments,” said Blinken.

Biden’s predecessor, Donald Trump, had put a lot of pressure on other countries when it came to defense spending. He also tried to extend his corresponding demands beyond the circle of NATO countries. He also wanted Austria to have higher defense spending, as Chancellor Sebastian Kurz (ÖVP) reported to journalists after his meeting with Trump in February 2019. However, with reference to neutrality, he “made it very clear that we respect his attitudes, but that we will decide our budget issues ourselves,” said Kurz.

Information about DLCs and multiplayer mode will probably not be available... 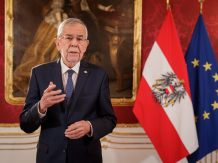 This is how you see your 15 kilometer radius

Borussia Dortmund’s Erling Haaland is back