Karim Benzema saved Real Madrid from a major setback in the Spanish championship title fight. The Frenchman, who had recently missed three games due to injury, scored in the 88th minute for the “Royal” to make it 1-1 in the city derby at Atletico Madrid.

With the draw, Real at least prevented leaders Atletico from expanding their lead. The “Colchoneros” have one game less but still five points more than third-placed defending champion Real and three points more than second-placed FC Barcelona.

Luis Suarez gave Atletico the lead in the 15th minute after a quick attack from their own half. The 34-year-old Uruguayan met with the instep deliberately. Benzema saved the draw in the finish after he had already given up a good chance (74th).

Courtois keeps Real in the game

For the defensive leaders (only 17 goals conceded in 25 games) there were always chances for the decisive second goal after the lead, but Real goalie Thibaut Courtois parried well against Yannick Carrasco (53rd) and Suarez (55th).

“We played a good game against a really good team. The first half goes to them, the second to us, “said Benzema after the match.” We have to live with one point, we are a little lacking in goal danger and effectiveness. This result has not changed anything. It is everything open, we can and of course still want to become champions. ”

Barcelona had already clinched a 2-0 mandatory win at Osasuna on Saturday evening. Jordi Alba (30th) and 18-year-old Ilaix Moriba (83rd) scored for the Catalans. Superstar Lionel Messi set up both goals. For Moriba, it was his first league goal for the Barca pros.

Spanish League, Round 26 and Addendum

Blown up in Florida! Two wrong “grannies” with the corona...

The turn of the year will be so cold in Berlin 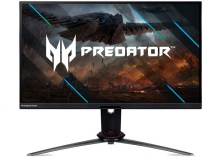 France: More than 100,000 participants in protests