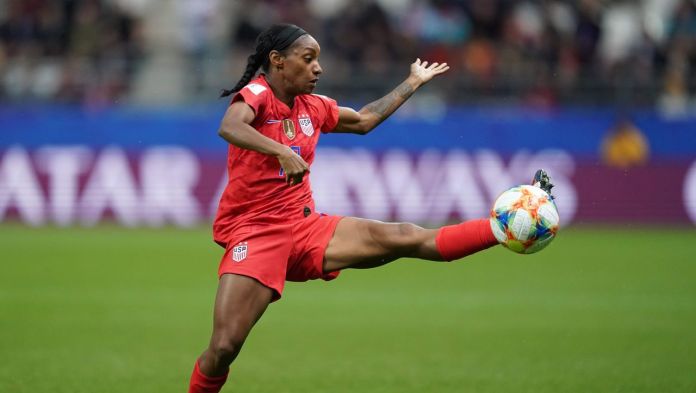 Soccer world champion Crystal Dunn calls for more action in the fight against racism. “We’ve passed the point where it’s all about creating awareness,” the 28-year-old American told the BBC. “I think people should act now and not just join in because they say we are now part of the trend.”
The national players around Dunn have not kneeled at the national anthem since February, which is a sign of protest against racism. The team “wants people to understand that we are pushing the work behind the scenes,” said Dunn: “Should I kneel down for another 30 years?”
According to Dunn, no one could “seriously sit here in 2021 and say, wow, police brutality? What do you think? Does that exist? «Most recently, Wilfried Zaha from Crystal Palace had also renounced the kneeling in the Premier League. The 28-year-old had complained that the gesture had become a routine.

Many athletes had fallen on their knees before competitions or games after George Floyd was killed in a police operation as a sign of solidarity with the “Black Lives Matter” movement. Floyd died after a police officer kneeled on his neck for eight minutes.

Duke Realty Corp: It can get you crazy! ()