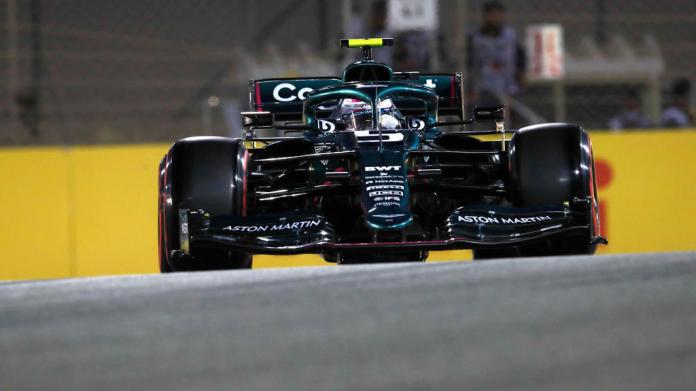 In his premiere qualifying for Aston Martin, the four-time world champion parked his car in 18th place. Only underdog Haas was worse. Vettel could hardly have started the season worse.

Even in the training sessions, things were anything but smooth for the 33-year-old. The AMR21 and Vettel, really not love at first sight. Even if he is defiant after the qualifying debacle: “I think we should have been more careful, we should have positioned ourselves better. It hit us hard today. It will be difficult, we are far from the points. The car was on everyone If better than in the training sessions, it actually felt pretty good, “he said in an interview with” Sky “.

Team mate Lance Stroll saved the honor of the returning traditional racing team with 10th place. And yet the impression remains that Aston Martin is starting the season with lots of construction sites. Ferrari, McLaren, AlphaTauri, Alpine, many teams seem to be stronger. Not to mention Mercedes and Red Bull.

“We have to get the vehicle balance right. Midfield is even closer than last year, I think AlphaTauri and Ferrari are back to the music too, in addition to the usual opponents. So it will be a really close fight,” had Team boss Otmar Szafnauer said after the first few sessions.

At the moment, Aston Martin does not play a major role in the F1 orchestra. Dark prospects for Vettel. Bad memories are awakened for his fans.

So far, 780 doctors want to take over services in vaccination... Trials – Frankfurt am Main – Alleged IS sympathizer is silent...

Also this year the event “The Darkness in Tristram” is coming...

Whole season without fans? That says Bundesliga board member Christian...