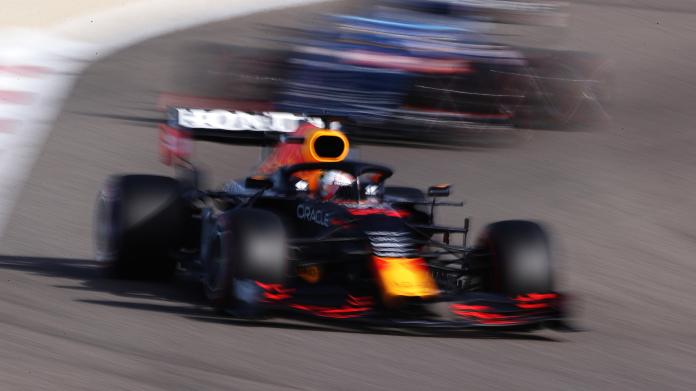 Max Verstappen is the clear favorite for pole position in qualifying for the Bahrain Grand Prix (4 p.m. in the RTL live ticker). After his two best times on Friday, the Red Bull driver also set by far the fastest lap on the desert parquet in Sakhir in third free practice. World champion Lewis Hamilton could not keep up in the Mercedes again and finished second. At Sebastian Vettel and Aston Martin things went rough, just like at the beginning. The four-time world champion was only 14th. Formula 1 rookie Mick Schumacher confirmed his good Friday performance with 18th place.

Bottas more next to than on the track

Verstappen raced around the Bahrain International Circuit in 1: 30.577 minutes – seven tenths faster than Hamilton. His Mercedes colleague Valtteri Bottas experienced a training session to forget. Again and again the Finn got off the track in turn 4 – one lap after the other was canceled due to violating the track limits. In the end, Bottas was only fourth – 1.2 seconds behind Verstappen.

The surprisingly strong Pierre Gasly pushed himself between the two black arrows in the AlphaTauri (+1.006 seconds). McLaren – strong as a bear yesterday – seemed to be on the move in piano mode: Lando Norris and Daniel Ricciardo did not put in any fast laps.

Aston Martin and Vettel are looking for the right line

Like yesterday, Vettel had his troubles and hardships in the AMR21. The 33-year-old chugged across the track on hard tires for a long time, never really found the right line for a fast lap – only 14th place (+2,178).

Disintegration symptoms at Aston Martin? “Something fell off and hit me in the face,” Vettel radioed to the pits after part of his British-green car had detached itself at Turn 10. Clearly: After the problems in the tests, Aston Martin is still looking for the form that distinguished the team as Racing Point last year.

Vettel’s garage neighbor Lance Stroll also did not get above rank 9 (+1.854). In the battle for third power behind Mercedes and Red Bull, Aston Martin seems to be well behind McLaren at the start of the season. Ferrari and the powerful AlphaTauri cars also made a better impression.

Schumacher still in the flow – Alonso not

F1 greenhorn Schumacher confirmed his good performance in the first few sessions. The 22-year-old made it to 18th place in the defeated Haas. Important: Schumacher was again two tenths faster than his stable rival Nikita Mazepin (19th).

For Fernando Alonso, returning from Formula 1, things did not go according to plan. The Spaniard was only 15th in the Alpine. Teammate Esteban Ocon finished the qualifying test in the Tricolore racer in 8th place.

The second old master presented himself significantly stronger than Alonso in the field: Kimi Räikkönen placed the Alfa Romeo in 7th place – even though the “Iceman” hardly got to drive on Friday in the 2nd practice session after a crash.

“This is how I felt after the Astrazeneca vaccination”

Did Spahn have no choice but to stop the AstraZeneca vaccinations?...

The area around Embolo wanted to eliminate the corona scandal with...