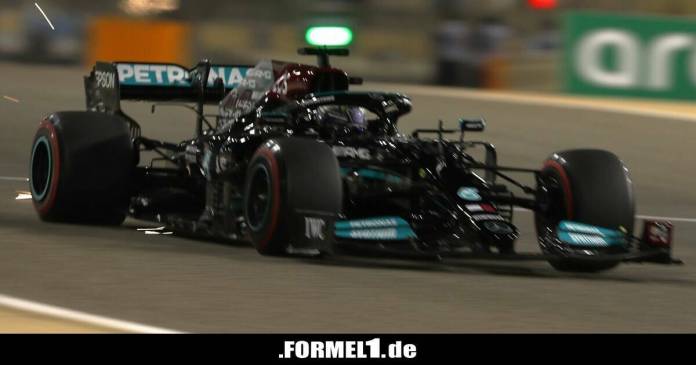 Russell: Q2 was the “maximum”

The Williams driver made it into Q2 – but of course benefited from the problems at Vettel and Ocon, among other things. He finished last there and will start as 15th tomorrow. “We knew it would be a success if we made it into Q2,” said Russell. That was the “maximum” today.

But where is Williams really currently? “I would say we look a bit stronger than Haas at the moment. Alfa Romeo has made a massive leap forward on this track,” Russell also observed. But it is still too early to draw a conclusion about the order in the back of the field.

“Sergio was unlucky that he narrowly missed Q3,” says the team boss and explains: “He is very grown up, has a lot of experience and adapts well. He only had 1.5 days of testing, and it’s brand new to him how the car feels. But in tomorrow’s race it will be competitive. It shouldn’t be written off. ” At least from P11 he has the advantage of a free choice of tires.

Kimi: Made mistakes on every lap

P12 and P14 today for Alfa Romeo. In 2020 it would have been a success to get both cars into Q2. According to Kimi Raikkonen, there was more to it than that. “There was a mistake on almost every lap,” reported the Finn. He made some changes to the car after FT3, but they didn’t work.

Basically, however, they are satisfied at Alfa Romeo. “We have shown that our optimism was well founded after the test and that we can be much more competitive this season,” said team principal Frederic Vasseur. They have made “some big steps in the right direction”.

Antonio Giovinazzi is even hoping for points tomorrow. “Our race pace is not that bad. Tomorrow we’ll see if we can fight. We’re close to the top 10, so tomorrow the goal will be to score points,” said the Italian.

Perez: Round not brought together

The Mexican takes the blame for the end in Q2. “I was very sure that I had enough pace [auf den Mediums] have. If I had brought the group together, then I would have been through. But I didn’t. “But he still” doesn’t worry “and explains that it is only a matter of time before he gets along better with the car.

Tsunoda: No grip on medium tires

The rookie could have driven in Q3. But the team wanted him to qualify with the medium in Q2. The plan backfired. Tomorrow he will only start the race from P13. “I don’t know what happened”, the Japanese wonders himself and explains that he had “no grip at all” on the C3 tires. He wants to work on handling the tire better in the future.

Teammate Gasly showed that it was possible. He starts tomorrow from P5.

Football from the top leagues – disappointments for Manchester City and...

Light art in Grindelwald – astronaut landed on the north face...

Because of US sanctions: German mega-corporation leaves Nord Stream 2 –...

Inbox: ATX chart technical: The leading index is well in the...

“The Geissens” (RTL2): Robert angry about Shania’s visit to the hairdresser:...