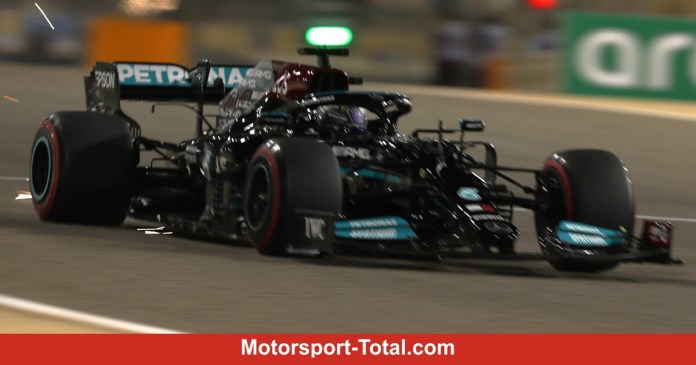 Hamilton also sees Red Bull in the lead in the race

The world champion reminds us that Red Bull has always been strong in the race. He does hope that tomorrow they will come closer again. However, he assumes that Red Bull will still be about two tenths faster even then. Bottas also makes it clear that Verstappen was “out of reach” today.

The Dutchman confirms in the PK that his underbody was slightly damaged by the mistake in Q1. Fortunately, that wasn’t a big problem in the end. Hamilton emphasizes once again that he is satisfied. The gap to Red Bull has been significantly reduced since the test drives. More was just not possible.

Here in the ticker it continues with voices from the press conference of the top 3, interviews and various media rounds!

Bottas: Just one new set of tires in Q3

That explains why the Finn was so far away on his first attempt. He only had one set of fresh tires left for Q3, which he then used in his last attempt. He drove the first one with used tires. In the end, he still came within 0.2 seconds of Hamilton. But more was not possible against the teammate – and certainly not against Verstappen.

Verstappen: Don’t be afraid of the race

“The car worked very well – in short and long runs,” explains the Dutchman after his pole position. He’s not afraid that the battle against Mercedes could turn around in the race. There, Hamilton admits that they simply “weren’t good enough” today. After the difficult tests, it is even a small success to be so close to Red Bull.

The Spaniard was actually faster than his team-mate all weekend. It turned around in Q3 of all places, he will only start from P8 tomorrow. But there must have been a mistake, because Sainz was two tenths slower than in Q2. Also interesting: Ricciardo beats Norris at McLaren. He starts from P6, Norris from P7.

Red Bull takes the first Bahrain Pole since 2012! 1: 28.9 for Verstappen, he beats Hamilton by almost four tenths. What a round again at the end. Bottas is third ahead of Leclerc and Gasly. A success for Ferrari.

The first round goes to Verstappen! 1: 29.5 for the Dutchman, which puts him 0.023 seconds ahead of Hamilton. Gasly is sensationally in P3, ahead of Bottas. But both are missing more than half a second. The thing decides as predicted between Hamilton and Verstappen.

Now is the time! Who will get the first Pole of the year? In Q2, Hamilton was ahead of Verstappen. We continue to assume that it will choose between the two. Or can someone else get involved?

Meanwhile, the four-time world champion also confirms that he was eliminated in Q1 because of the yellow flags. “We should have just been more careful and should have positioned ourselves better. But in retrospect you are always smarter. That hit us hard today, of course, but it is now,” said Vettel on ‘Sky’.

Tomorrow it will be “difficult”. “We are far away, also far behind the points,” ponders Vettel and adds: “Tomorrow it will be a long race as far as the tires are concerned. Let’s be surprised.” After all: “The car was definitely better than in the practice sessions. It felt very good right away. Unfortunately, we couldn’t show that.”

Perez out, Ferrari in front

Ferrari best time! However, on soft, that puts it into perspective. Sainz P1 before Leclerc on P2. Out are Perez, Giovinazzi, Tsunoda, Räikkönen and Russell. With Perez and Tsunoda they played poker with the medium.

Out would be currently …

Are you kidding me? Are you serious when you say that! Hamilton is half a second faster on medium than in Q1 on soft. He leads with a 1: 30.0 ahead of Verstappen (1: 30.3) and Bottas (1: 30.5). Everyone was on medium. Is Mercedes serious now? Bitter: Perez and Ricciardo the time was canceled. The second attempt has to be here now, otherwise that was it!

Let’s see if that works. According to Pirelli, the medium is almost a second slower than the soft. Actually, the plan cannot work to get into Q3 like this. But let’s see.

A yellow flag was just caused by Masepin, who has already turned again. The other came from Sainz, whose engine had suddenly stopped. He suspects that this was due to vibrations. Otmar Szafnauer confirms on ‘Sky’ that the yellow flags are the reason for Vettel’s out. Annoying. Q2 is running in the meantime!

Vettel’s departure could be related to the fact that there were several yellow flags in the end. Maybe because of that he couldn’t improve any more. The race management announces that they want to check all laps again at the end. Maybe one or the other was too fast under yellow. But you will only do that after the session. So nothing changes that Vettel and Co. are out.

Redesign of the Paulskirche in Frankfurt: Immoral offer

Moving to Singapore – What the WEF decision means for Switzerland 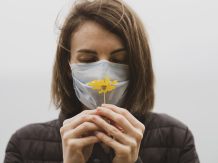 Federal government – Berlin – production of Biontech vaccine to be... Berlinale 2021 will only take place virtually