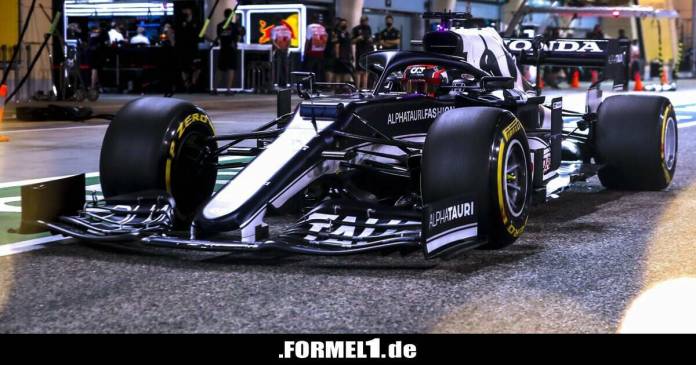 The Mexican is only P3 with a 1: 31.9. He still seems to have a lot more difficult time with the Red Bull than his team-mate. Speaking of Verstappen: He’s also going out now. Let’s see if he can attack the Mercedes double lead.

Now the top teams are also turning it up a bit. Hamilton takes the lead back with a 1: 31.3, Bottas jumps to P2. This time he can keep his lap time. Behind them is Sainz in the Ferrari in P3. Verstappen and Perez are currently in the pits, so we’ll have to wait for Red Bull’s answer.

The German is only in 19th and penultimate place. There seems to be another problem with the car. During the trip some part flew off and hit Vettel on the helmet. After that, of course, he first drove back to the pits.

Well look at it, so it goes a little faster. Gasly takes the lead with a 1: 32.3. A sign that the top teams are still holding back a little here.

Masepin got it on Turn 7. Incidentally, the Russian has been a bit slower than his team-mate Mick Schumacher so far. That was already the case yesterday. Bottas, meanwhile, has fallen back to last place after being cut another time. He has to get that under control by the time qualifying.

Even the Dutchman is not really fast with his 1: 32.6. But enough to take the lead in front of Hamilton and Norris. More is probably not possible with the conditions in terms of time. Even if it doesn’t have much to say: Red Bull again in front of Mercedes …

The Ferrari driver does the first spin of the day. He took off at turn 2. Kimi lost his front wing yesterday. In contrast to the “Iceman”, Leclerc manages not to damage the car. Meanwhile, Hamilton leads with a 1: 32.9. Fast is different.

Donald Trump called for corona tests to be carried out later:...

Microsoft founder Bill Gates had himself vaccinated against Corona

Soon also with Plex content in the live tab

Wioleta reveals: Do Bachelor girls wear their own clothes?