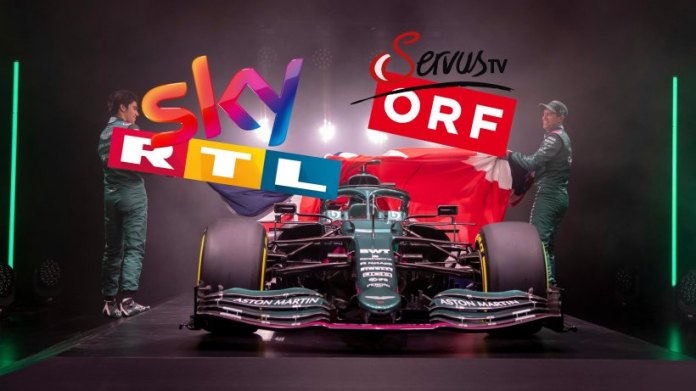 Formula 1 on TV and livestream: Despite RTL-Aus – here you can see Vettel, Schumi & Co. now live

A serious change awaits motorsport fans in Germany this season. RTL has lost the broadcasting rights and only shows a limited number of races. Now the audience is asking themselves: Where can I get all of the races Formula 1 on TV and livestream follow?

DERWESTEN answers this question and explains where you will be starting the 2021 season Formula 1 on TV and livestream can track.

After 30 years, the end for RTL followed. The broadcaster from Cologne has completely lost the broadcasting rights for Formula 1 to Sky. The pay-TV giant was able to secure the exclusive rights and shows all of the races Formula 1 on TV and livestream.

German fans now have to adapt, because from the 2021 season they need a subscription to follow all Formula 1 Grand Prix live. You currently pay 17.50 euros per month for Formula 1 on Sky, but you also get the full range of sports (excluding the Bundesliga).

The Formula 1 racing calendar for 2021

* Races are also broadcast on RTL

If you don’t want to do without the Formula 1 broadcast on RTL, you will get your money’s worth four times this season. The broadcaster agreed on a sub-license with Sky.

Those who are out and about or do not have a television can also watch the four races via the RTL streaming portal TVNow.

+++ Formula 1 at RTL: The broadcaster now has to solve this problem +++

For the Formula 1 nerds there’s the full program at Sky. All press conferences, training sessions, qualifying and the race in full-day broadcasts including pre- and post-reports – if you go through your weekend like this, you will hear the engines roar in your sleep.

The pay-TV provider even launched a new channel for the new Formula 1 season. You can find out what can be seen on “Sky Sport F1” here!

Mick Schumacher: Formula 1 debut! That is possible for the rookie

Formula 1 on TV and livestream: This is the situation in Austria and Switzerland

In Austria, the broadcasters ORF and ServusTV share the broadcast of Formula 1 on TV and live stream. The television stations are allowed to show twelve races each, the Austrian GP also runs on both channels. Formula 1 is on free TV in Austria, but in Germany the Austrian version can only be received at the border with our neighbors.

The SRF is responsible for reporting in Switzerland. Only qualifying and the race will be broadcast.

Corona in Berlin: medical officers are calling for a new easing...

Corona: Sport and culture despite the virus: Step-by-step plan should pave...