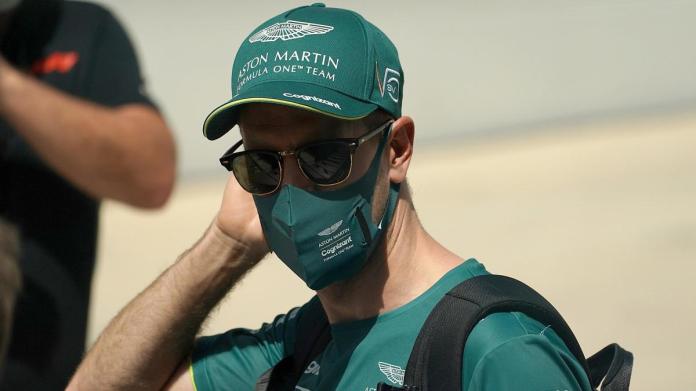 Mick Schumacher stood in the pit lane with a face mask and watched the competition a bit curiously, Sebastian Vettel quickly trudged out of the garage. For newcomer Schumacher, who at least won the internal duel with his team-mate, the early end in qualifying for the opening race in Formula 1 came as no surprise.

“Very briefly, but still really happy in the end,” said Mick Schumacher on Saturday in the Sakhir desert: “We knew that not much could be done, but we were close.”

The fact that Vettel had to give information so early under the palm trees in the paddock and was not allowed to drive further in his Aston Martin nicknamed “Honey Ryder” was also due to the yellow flags shown twice, which slowed him down. There was no time for another lap. “I think we should have been more careful, we should have positioned ourselves better, but in hindsight you are always smarter, that hit us hard today, of course.” 18th place – what a false start.

Teammate Lance Stroll made it into the top ten in tenth. But there were others in the fight for the first pole of the year: Max Verstappen was unbeatable. The 23-year-old Dutchman confirmed both the test and training results and raised further hopes for an exciting world championship fight with defending champion Lewis Hamilton.

The 36-year-old seven-time champion had to admit defeat in his Mercedes by almost four tenths of a second in second place. Team mate Valtteri Bottas was third ahead of Charles Leclerc in the Ferrari. Remarkable: Returnees and double world champion Fernando Alonso will tackle the race this Sunday (5:00 p.m. CEST / Sky) in the Alpine from ninth place.

Hamilton straightened his helmet a little, then Schumacher was already steering his Haas over the asphalt, which had meanwhile cooled to 35 degrees. Schumacher was also the first to have a timed lap stopped. He hadn’t let himself be confused by a lathe operator from his team-mate Nikita Masepin in front of him. After a few minutes it was full on the 5.412 kilometer route. Schumacher was first passed through and initially found himself in last place.

He came out of the box for one more try, along with Masepin. The Russian then spun at the end of the start and finish straight and finished last. Mick Schumacher landed well over half a second ahead of Masepin – minimum target achieved.

Vettel couldn’t even begin to think of that. In the end there was a time that was not even enough to make it into the second round of the elimination. In the training sessions on Friday and also in the session on Saturday, he hadn’t made it into the top ten in the Aston Martin. Now there was also the unfortunate course with the yellow flags.

He probably wouldn’t have dreamed that the season would start from the penultimate row for the four-time world champion. “The car is faster than where we are,” emphasized the 33-year-old native of Heppenheim.

Corona mutation from Brazil detected for the first time in Germany Winterberg in the Sauerland: rush of visitors and traffic accidents