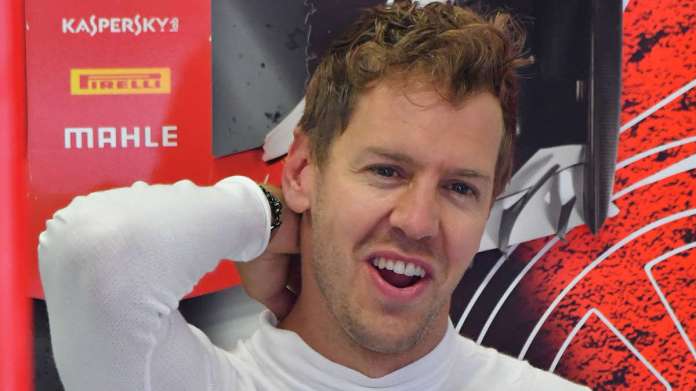 The prospect of a spectacular Formula 1 season in 2021, at the end of which Lewis Hamilton needs more than just a quantum of consolation.

April: Because of Corona, the appointment calendar has to be completely overturned. As in 2020, Formula 1 will again be driving on completely unfamiliar routes. After his opening win in Bahrain, secret agent Vettel also wins the second race at the EuroSpeedway in Lusatia in the Aston Martin AMR21, which he dubbed “Miss Moneypenny”. When overtaking Checo Perez in the Red Bull, a message from Q to Helmut Marko on the Aston Martin rear spoiler unfolds: “Dr., No!” Fernando Alonso is only ninth in the Alpine and is in a bad mood.

June: Vettel wins the Pas-de-Calais Grand Prix in Croix-en-Ternois, France, after shooting leading Perez’s tires with a rocket launcher. A check reveals that rocket launchers are not expressly prohibited by the regulations. A rocket launcher arms race begins. Alpine driver and team principal Fernando Alonso is in a very bad mood and is constructing his own car.

July: At the Wachau Grand Prix on the Wachauring in Melk (Lower Austria), 00-Seb reveals why he is driving so fast again thanks to warmth: “Faster, with love.” Team owner Lawrence Stroll adopts Wachau winner Vettel, who is now on the road as Sebastian Strottel .

August: Fernando Alonso in a good mood sensationally wins the Middle Franconian Grand Prix at the Norisring in the Superalonso F1-21. He takes the lead from Checo Perez in the Grundig-Kehre. 00-Seb fails – and shoots himself with a rocket seat from the racing car directly into his Aston Martin convertible in the paddock, with which he drives to the Albrecht Dürer airport.

September: The Mercedes is painted in red for the first time at the Grand Prix of Saxony-Anhalt in Oschersleben. Reason: Lewis Hamilton wants to use the “Red Lives Matter” campaign to draw attention to the many English sunburn victims on Mallorca vacation. Shortly before the end of the race, Lewis pays homage to the venue: It stops because the final details of the contract still need to be clarified. This has happened for the seventh time this year. Daniel Ricciardo wins and is in a good mood.

November: Sebastian Strottel, who competes under the stage name Vettel again, wins both the Volga Grand Prix at the NRing Circuit in Nizhny Novgorod and the season finale, the Norwegian Grand Prix at the Rudskogen Motorsenter in Rakkestad. Because Checo Perez gets frostbite on his toes at -17 degrees on Saturday, 00-Vettel becomes world champion without a fight. Because Q has designed a brilliant winter tire heater that also prevents ice cubes from forming in the gasoline system.

The strong World Cup third Fernando Alonso gets a Quantum Prost from the Alpine consultant and becomes King of Spain.

WLAN twice as fast: These are the first Wifi 6E routers

Despite Corona, there is chaos in ski areas

Player numbers drop considerably more than in The Witcher 3 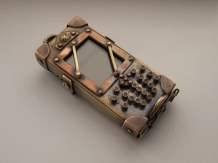 The doctors announce the tour and shoot hard at Viagogo

Nostalgia transfer? Schalke is working on the return of Huntelaar...