How does the zero point crisis in Fortnite end? With a big bang. A big bang, to be more precise, because the live event at the start of Season 6 revealed why the future of the cult shooter is set in a primeval setting.

Even in the run-up to the event, the event caused a sensation, as the story part was full-bodied as “the most complex story film sequence to date” of the “Fortnite” story. In contrast to other “Fortine” events, which transitioned from one season to the next, this time there is no large live environment, instead all players are initially on their own.

In the solo mission, it is important, together with Agent Jones, to close emerging portals into other realities in order to stabilize the zero point. How it goes on is not to be spoiled at this point. Just this much: the island has changed a lot since then. The motto: primeval times.

Lara Croft, Neymar and the Dinos

The prehistoric backdrop and clues such as dinosaur eggs and bones in the live event seem to confirm what was already a leak on the web: dinosaurs could soon accompany the players in Epic’s Battle Royale hit. According to data miners, this is supported by a game code term called “wild raptor”.

What is certain is that in the prehistoric landscape, in addition to prey such as chickens and frogs, wolves and wild boars are also on the move, which can be hunted or tamed. As an indication of the imminent appearance of the dinosaurs, many fans understand Epic’s announcement that “the most dangerous predators” would “still hatch”.

Celebrity skins for Battle Pass owners include Tomb Raider icon Lara Croft and Raven from Teen Titans. The Brazilian soccer star Neymar Jr has already been announced, but is still on hold. The jersey number 10 currently indicates this relatively cryptically.

Also new in Chapter 2 of the sixth season is the so-called “On-The-Fly-Weapon-Crafting”, ie the immediate production of primeval weapons – no matter where you are and without having to find tools for it.
© 1 & 1 Mail & Media / teleschau

Action against violence – Oberpullendorf: Town hall and church in orange...

Marco Rose after the end of the unprofessional: “It wasn’t all...

Protest against Diego Maradona: She calls Maradona a rapist and receives... 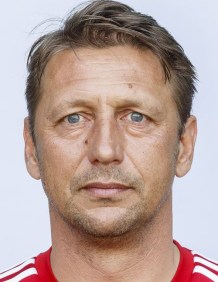 Barisic calls for “focus and mentality” ahead of Dundalk game