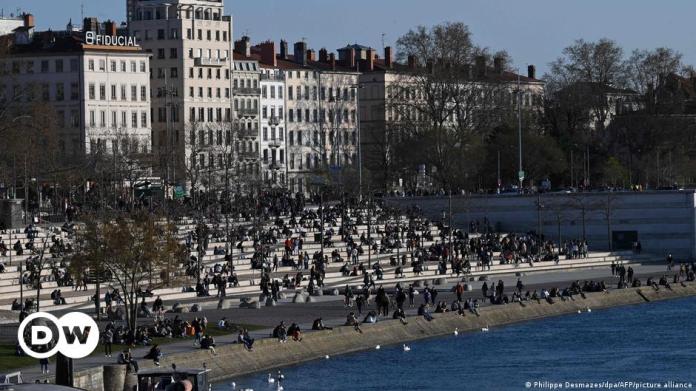 The federal government classifies all of France as a corona high incidence area. The regulation applies from midnight on Sunday, as announced by the Robert Koch Institute on its website. The Foreign Office warns against unnecessary tourist trips to the neighboring country.

The infection situation in France had deteriorated continuously in the past few weeks. The authorities report around 30,000 new infections every day. The situation in the hospitals is extremely tense in several regions. The number of new infections per 100,000 inhabitants within seven days is currently 325, the national average. The classification as a high incidence area occurs from a value of around 200.

Anyone entering Germany from these areas must have a negative corona test with them. The respective federal states usually have special regulations for commuters in the border area.

For the French administrative district of Moselle on the border with Saarland and Rhineland-Palatinate, Germany had already tightened the entry requirements at the beginning of March because the South African Corona variant is rampant there. There is already a compulsory test for entry there.

It will probably also be checked in the future, but only randomly behind the border as part of the so-called veil manhunt. Stationary border controls are not planned. The Rhineland-Palatinate Prime Minister Malu Dreyer said: “It is important to us that we contain the infection rate and still keep the borders open.” The classification as a high incidence area is in no way directed against the partners in France, but against the virus.

French Foreign Minister Jean-Yves Le Drian told Franceinfo that the new regulations would cause problems for commuters. But one wants to try to keep this as low as possible.

Tyrol only “risk area” from Sunday

At the border to Tyrol and the Czech Republic, on the other hand, there are currently such stationary controls at the request of the neighboring states of Bavaria and Saxony. They will now be lifted at least on the border with the Austrian Tyrol, which is only a “normal” risk area from Sunday. Austria’s Chancellor Sebastian Kurz welcomed the move.

Around 3,000 commuters in Tyrol are affected by the decision. The border controls have caused a lot of trouble in the state, which is also popular with holidaymakers. When they were extended by another two weeks last week, state chief Günther Platter (ÖVP) spoke of “unjustified harassment”.

On February 14, the federal government declared large parts of Tyrol, the Czech Republic and Slovakia to be areas with particularly dangerous virus variants. It is the highest risk level with the toughest entry rules. Only German citizens and foreigners with a residence and residence permit in Germany are allowed to enter from virus variant areas. There are exceptions for truck drivers and cross-border commuters with systemically relevant professions. For all other people entering the country, there is a particularly strict quarantine obligation of 14 days, which cannot be shortened.

The Czech Republic and Slovakia will be listed as high incidence areas from Sunday. This is also showing signs of easing the situation here. The current ban on transport does not apply. There have been no regular train and bus connections between the Czech Republic and Germany for weeks.

Crime – Berlin – man fell out of the window: acquaintances...

For a Champions League game: Klopp returns to Dortmund at short...

Soccer: This is how PSG wants to attract Lionel Messi to...

The HSV oath: five months to the Bundesliga!