Berlin (dpa) – Due to the sharp rise in the number of corona infections, France has been a high incidence area from a German perspective since midnight on Sunday. This means that you have to have a negative test result when entering Germany.

Even stricter entry rules still apply to the Moselle department bordering Rhineland-Palatinate and Saarland. The Czech Republic, the Austrian state of Tyrol and Slovakia, on the other hand, were downgraded on the Robert Koch Institute’s risk list. This is what the new classifications mean in detail:

The neighboring country bordering Baden-Württemberg, Rhineland-Palatinate and Saarland was previously classified as a simple risk area, the lowest of three risk categories. Because the number of new infections per 100,000 inhabitants now exceeds 200 within seven days, the country is now a high-incidence area. This does not change the quarantine rules. Those who enter from France have to isolate themselves for ten days, but can “free themselves” from quarantine after five days.

The Moselle department is an exception. It has long been classified as a virus variant area, the highest risk category. It will stay that way for the time being. Anyone entering from Moselle has to be in quarantine for 14 days and cannot get rid of it by taking a test. Certain groups of people are not allowed to enter from Moselle at all.

The new test obligation for the whole of France should not be monitored by stationary border controls, but by random checks behind the border.

Large parts of Tyrol, like the Czech Republic and Slovakia, have been virus variant areas so far. The federal state, which is also popular with German tourists, is now again an easy risk area. The associated relaxation of travel restrictions is not immediately noticeable for the Tyroleans. The stricter quarantine and testing requirements apply to people who have been in a virus variant area in the past ten days. This applies to the Tyroleans until after Easter.

What will become of the stationary controls at the border with Tyrol is still unclear. According to the Federal Ministry of the Interior on Saturday, this is still being checked. The border controls were only extended for another two weeks on March 17.

The Czech Republic and Slovakia have also been virus variant areas so far, but were not downgraded quite as far as Tyrol on Sunday. They are now areas of high incidence because of the continued very high numbers of infections. The obligation to test upon entry therefore remains in place for these two countries. Slovakia has no border with Germany. As with Tyrol, it is unclear whether the controls on the border with the Czech Republic will continue.

There is also a change in Denmark. The entire country – with the exception of the autonomous islands of Faroe Islands and Greenland – is now considered a simple risk area. So far, the regions of Nordjylland and Midtjylland were classified as “risk-free”.

Europa League – WAC is looking forward to the EL “final”...

Astrazeneca: Company changes information on the effectiveness of the corona vaccine

Is the UK justified in getting its corona vaccine approved?

Tenants are resisting the demolition of their apartments 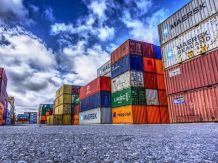 That is why many Christmas gifts are not available

Laughing out nitrous oxide: climate damage becomes a gold mine for...