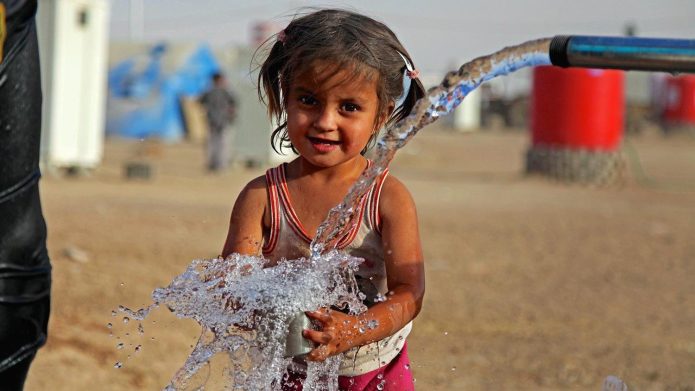 Pope Francis has called for access to clean water and sanitation for all people in the world. With a view to World Water Day on this Monday, he said at the Angelus on Sunday: “For us believers, ‘sister water’ is not a commodity”.

Too many people have access to little and perhaps polluted water, ”criticized the Pope. “I thank and encourage everyone who, with different professional skills and responsibilities, is committed to this very important goal.” Francis named the so-called “University of Water” in his home country Argentina, a private platform that aims to raise awareness around the topic Water works. The one proclaimed by the United Nations World Water Day has been held every year on March 22nd since 1993.

In addition, at the Angelus, the Pope remembered the victims of the Mafia. Organized crime is widespread in many parts of the world and is seeking to enrich itself through corruption, taking advantage of the corona pandemic, warned Francis. John Paul II as well as Benedict XVI. would have branded the mafia fatal. These “structures of sin” are against the gospel of Christ, and “they put idolatry in the place of faith,” said the Pope.

Hitman 3: This is how the missions work

Authorities are preparing for the next protests by Trump fans

Corona rules: Who we can really celebrate Christmas with now –...