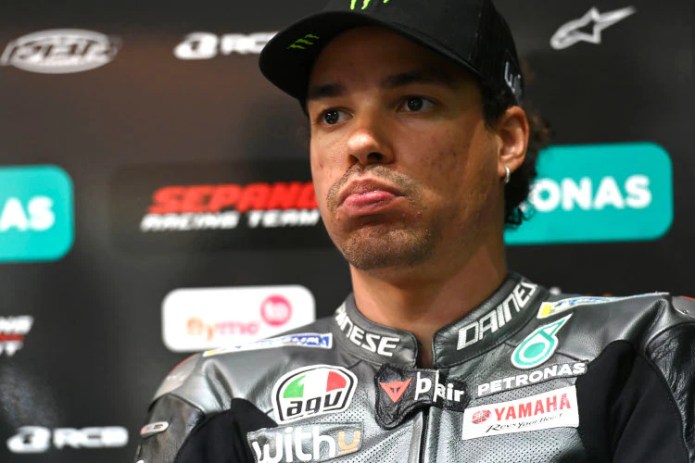 The fact that Franco Morbidelli started the MotoGP season 2021 as penultimate and therefore without World Championship points caused a frown in Doha on Sunday. The Petronas Yamaha pilot on cause and effect.

Franco Morbidelli had no chance in the first MotoGP race of the year and ended up in 18th and penultimate place. His personal fastest race lap was almost 1.2 seconds slower than the lap record of his brand colleague Maverick Viñales. Only Aprilia driver Lorenzo Savadori had more trouble.

It was obvious that there was a problem with last year’s runner-up. At first, the Petronas Yamaha rider didn’t want to name exactly what was going on: “We had a problem on the grid. But we decided to do the race anyway. It’s a problem we need to dig deeper because it has happened other times this weekend. I can’t tell what it is because we’re not sure yet. Before I can clearly say what it is, I would like to understand it clearly myself, ”he said eloquently around the bush.

How did the problem make itself felt on the motorcycle? “It is as if the shock absorber does not behave normally, as if the hydraulics or something is missing,” said the three-time MotoGP winner last year when asked. “I can’t turn in – okay, I can turn in, but I have to slow down for a second. I can accelerate, but I have to slow down a second. That’s the effect, but we don’t yet know the cause. We’ll examine it in more detail. I’m sure the Yamaha guys will help me with that. “

When did this problem first occur, this weekend? “Both in the tests and on this race weekend, something happened that I think is inexplicable: when it’s hot or the temperatures are normal, I am strong and feel good. At night I have trouble driving and have to risk a lot to drive the times I drive. While I’m faster or as fast as the top during the day, I’m just as fast or slower in the evening, ”said“ Franky ”, analyzing the sessions of the past few days.

In addition: “On Sunday before the race in the grid something strange happened. We noticed on the grid that our holeshot device activated itself, inexplicably. So the strut slowly lowered. But we have solved that. Because the holeshot device seemed to work during the race. The feeling while driving wasn’t good at all. So there is sure to be something that is not true. That was clear to see in the race. Now we have to try to get it done as soon as possible because the races are passing … »

For example, Morbidelli, who was traded as the title candidate, is without points after the season opener. “It was a difficult race, I was pretty much last. Out of respect for my team and the people who work with me, I wanted to finish the race. And I wanted to understand the problem more precisely, that was the motivation in the race, ”he concluded.

Gotthilf Fischer: The King of Choirs is dead | Currently...