Ubisoft has announced the post-launch content plan for Watch Dogs: Legion (from 16,98€ at buy) concretized. Since yesterday the first “Tactical Op” (Leitwolf) is available for four players in online mode. At the end of May two PvP modes (data hunt and invasion) and a new “Tactical-Op-Mission” (Project Omni) will follow.
For everyone who has the Season Pass: 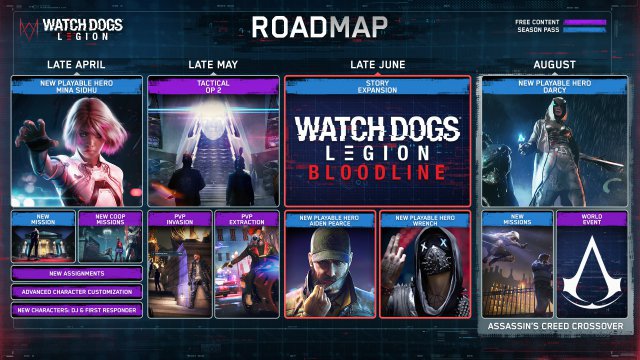 Watch Dogs: Legion will also be free to play next weekend (details). It will be available between March 25 and March 29 (from 5 p.m.) on Xbox One, Xbox Series X | S, PlayStation 4, PlayStation 5 and PC (Epic Games Store and Ubisoft Store). The advance download should be possible today (from 6 p.m.). Discount campaigns (50 percent on the main game and 25 percent on the Season Pass) are also planned. During the free weekend you can try both the single player mode and the online mode. In this Free Weekend version, half of the eight boroughs in London are unlocked. The story can be played up to the “Skye Larsen Mission”. 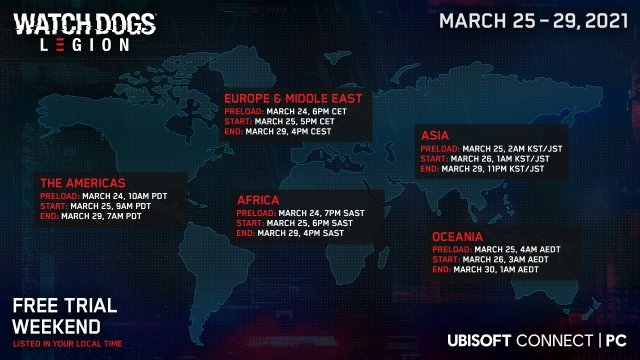 Marco Reus from BVB reacts to criticism: “I’m not an Effenberg”

Too many corona patients on Vivantes wards: large Berlin hospital before...

After storming the Capitol: Trump is not aware of any guilt

Corona in Germany: More than a million infections

Coronavirus – Free testing could be unconstitutional