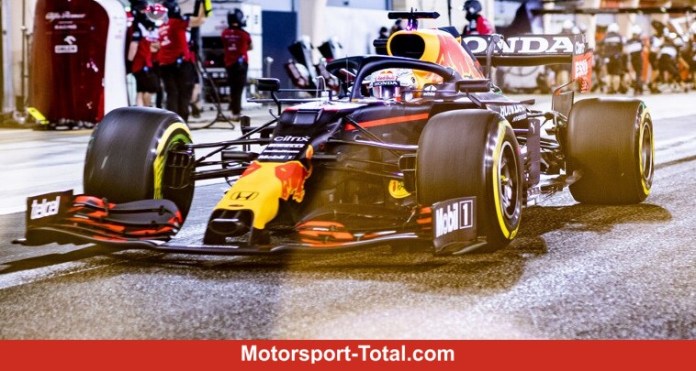 In Bahrain it is almost 11 p.m., and with that we have reached the end of our ticker day. Our portal continues as usual, and we will read each other again tomorrow morning. The third training session is scheduled for 1:00 p.m. CET, at 4:00 p.m. there will be the first session of the year with qualifying, in which all teams have to drop their pants! We’re looking forward to it. Have a nice evening and see you tomorrow.

Hülkenberg: Ferrari is “much better off” than in 2020

So back to Ferrari for a moment. Expert Nico Hülkenberg explains on ‘ServusTV’ with regard to the Italians: “I do believe that they are much better off than last year.” It is not, however, “that they drive everything into the ground,” he clarifies. But he could imagine that the Scuderia is the “third, fourth force”.

However, Hülkenberg also emphasizes: “That is the snapshot now. But things are very dynamic in Formula 1. The question is how well they will develop in comparison to everyone else.”

Our ticker day is coming to an end, but of course we have replenished our photo gallery. Now with chic snapshots from the night!

Nice side note: The rookie cursed “fucking traffic” on the radio today in FT1. He then admits: “I try to calm down with every session, because that’s my weak point. Last year I cursed a lot and lost my focus. So I try not to curse as much.” Didn’t quite work out today 😉

Sainz: Wind is a particular problem for him

Not just for him, but for all the pilots who changed teams this year. Sainz explains that in the McLaren he “knew perfectly” how the car reacts to wind. But that is not yet the case with Ferrari. After a team change, you don’t immediately know “how the car will react” when things like the wind direction change. Therefore, you never drive completely to the limit.

“You don’t want to make stupid mistakes,” explains Sainz. He just needs a few races to get to know the car better. Sebastian Vettel, for example, is the same.

He also explains that everything has not yet been shown. But that’s probably the case with all teams. That’s why we won’t know where the others are until tomorrow. But he is assuming that it will be “very, very close” – at least behind Mercedes and Red Bull, who are “a big step” ahead of everyone else.

Mercedes: Long runs not that strong

Speaking of a “productive day”, Andrew Shovlin explains: “The first session was a bit too hot to be representative, but it was still useful to test the changes we’ve made to the car since last week we seem to have improved the overall balance. In the second practice session the track was much cooler, so the conditions were better suited to qualifying and the race. ”

“This allowed us to concentrate on fast laps and, towards the end, on long runs. There is still a lot of work to do, especially on the long runs, on which we didn’t look strong. To be competitive, we need even more pace and a better one Find tire degradation. But these problems have the same cause, so hopefully we can make progress tonight. “

Hamilton: That’s why the wind is such a problem

“That is not particularly good for us! The stern is already not stable,” explains Hamilton with regard to the wind that is expected at the weekend. “But it will be the same for everyone – a little more for some, a little less for others. If you want to understand your home: when you approach a curve and the rear breaks, you try to find the turning point,” explains he.

“This one was further away with more downforce on the car, now it breaks out much faster than normal. The lost performance through the tires is no help here, but we will work on it tonight and try to find a way,” said the world champion . The 2021 racing cars have lost some downforce due to the new rules on the underbody.

The Dutchman is a fan of the PSV Eindhoven football club. They have now wished him good luck for the season and given him his own jersey. It remains to be hoped that Max is doing better than PSV itself, which is only second in the Dutch league behind Ajax Amsterdam and no longer has a realistic chance of winning the title.

P19 only for Latifi, but Russell was significantly faster than both Haas drivers on P17. “We had a very successful day. We collected all the data we wanted,” said a satisfied Dave Robson. But he also makes it clear that the performance of the FW43B is not yet as good as hoped. “But we’re making progress,” said Robson optimistically.

“FT2 felt pretty good,” Russell confirms and explains: “Our pace with a lot of gasoline was better than expected.” That was a positive surprise. Latifi, on the other hand, was more than a second slower than his teammate and said he had problems with his balance.

The fastest lap of the day …

… you can watch it again in full in the video.

What was going on at Tsunoda?

The Japanese had to bring his AT02 back to the pits shortly before the end of FT2. what happened there? “We saw something in the data of Yuki’s car that we weren’t happy with. So we brought him in as a precaution. But that was a few minutes before the end of the session, so it didn’t affect our plan,” said Jonathan Eddolls All clear.

Apart from that, he speaks of a “really positive day”, which the pilots also confirm. “The car felt good in both sessions,” reports Gasly, who is particularly satisfied with his long run and speaks of “good signs”. “I hope that we can make it into Q3. That is our goal,” he explains with regard to qualifying. Tsunoda also speaks of a “great day.”

The rookie also makes it clear: “I still learn a lot in the car. It’s my first race weekend, so I don’t want to put too much pressure on myself.”

Where does Alpine stand?

P11 and P15 today only for Ocon and Alonso. That wouldn’t even be enough for Q3 tomorrow. Or did you deliberately hold back? “We still have to fine-tune the set-up and analyze the data, but overall I’m happy with my day,” said Alonso. The team-mate adds: “There is definitely more potential in the car.”

“It’s only Friday and we know tomorrow will count,” said Ocon. Sounds like the French might still have something up their sleeves. Race director Davide Brivio explains with regard to Saturday: “The aim is to make further progress in practice tomorrow and to prepare for qualifying.”

The Finn was the only driver with a major departure today. But he is very relaxed and explains: “Of course, it wasn’t ideal to lose a little time due to the accident. But we already have so much data from the tests that it wasn’t a major setback.” The “Iceman” finished the day in P16, team-mate Giovinazzi in P13. “We have a few things to refine in the evening, but it should be okay,” said Kimi.

The rookie reports that he learned a lot in FT1 because he drove in really hot temperatures for the first time. It won’t do much for this weekend, but at least he has learned “how the car behaves in these conditions” for the upcoming races. In the afternoon, the long run was important to collect more laps in the car.

He felt comfortable in the Haas, which is a “good sign”. The team boss is also satisfied. “Even if the result doesn’t show that, it wasn’t a bad day for us. I was pretty happy with FT1. We completed all our laps and no mistakes were made,” said Günther Steiner. The feedback from the pilots was also “good”.

“In FT2 we then had problems finding the balance. But that’s part of the learning curve,” said Steiner. Schumacher finished the day on P18, team-mate Masepin in 20th and last.

First neutrino from a torn star – high-energy “ghost particle” was...

Corona: Only Covid cases in the Basedow Clinic Merseburg – clinics...