Duchess Camilla’s son mourns his partner. Tom Parker-Bowles’ girlfriend died at the age of 42 after suffering from cancer.

In 2018, Tom Parker-Bowles and his wife Sara, with whom the food critic and cookbook author has two children, divorced. After that, the son of Duchess Camilla and her ex-husband Andrew Parker-Bowles began a relationship with British journalist Alice Procope. She died of cancer on March 17th and passed away “peacefully” in her home, as the “Daily Mail” now reports.

Accordingly, the disease was diagnosed very late in the UK due to the corona-related lockdown. The cancer had become very widespread by the time Alice Procope got the terrible diagnosis seven months ago. At that point in time it was “too late”. Now the 46-year-old stepson of Prince Charles is in deep grief. A friend told the Daily Mail, “Tom was blissful with Alice and devastated that life can be so cruel.” Tom Parker-Bowles has not personally commented on his girlfriend’s death. Alice Procope leaves three children behind.

Tom Parker-Bowles has published seven cookbooks and received an award for articles on food in 2010. He writes restaurant reviews for various magazines and has already appeared as a juror in various TV shows on the subject of food. Prince William and Prince Harry are his stepbrothers. Laura Lopes is his younger sister.

Ducati duo in front, Valentino Rossi on course for Q2

New nutrition report: Even young men are too fat – economy 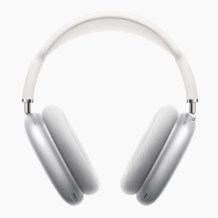 AirPods Max: The headband can be easily detached with a SIM...

Frankfurt: The travel industry is fighting for survival | Frankfurt