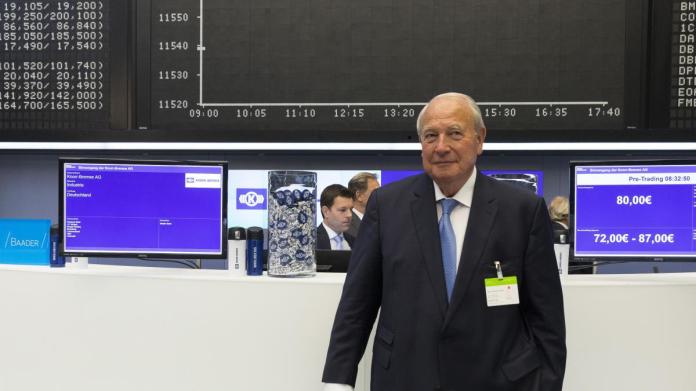 A future family foundation is supposed to secure the life’s work of billionaire Heinz Hermann Thiele – so his billionaire fortune is not intended for the good of the community. Lufthansa’s voting rights are to remain with his widow Nadia Thiele for the time being.

EOne of the richest Germans bequeaths his billion dollar fortune to his family and not for the good of the community. One month after the death of the entrepreneur Heinz Hermann Thiele, who built up the world’s leading brake company Knorr-Bremse and was the largest private Lufthansa shareholder, there are the first details from his will.

As Knorr-Bremse announced, the shares of the entrepreneur, who died shortly before his 80th birthday, will be transferred to a family foundation. Lufthansa published a message according to which Thiele’s second wife, 45-year-old Nadia Thiele, now holds a good ten percent of the voting rights in the airline through intermediate companies.

Thiele’s fortune, estimated at around twelve billion euros, consists primarily of its stake in the Munich-based global group Knorr-Bremse. Together with his daughter Julia Thiele-Schürhoff, the entrepreneur held 59 percent through his parent company KB Holding. The entrepreneur’s shares, but not those of his daughter, are now transferred to a family foundation. Insiders speak of two thirds of 59 percent who will migrate to the future family foundation. The subsidiary holds 36 percent of what is arguably the most important intermediate company, Stella. A similar regulation is planned for the rail technology supplier Vossloh, where the daughter plus family foundation will then hold the majority.

According to WELT research, there was a shareholders’ meeting of the Stella intermediate holding only five months before the billionaire’s death in Munich. Thiele, often referred to as patriarch, cemented his power by changing the statutes in front of a notary.

The establishment of a family foundation, which is now planned for the end of the year, does not come as a complete surprise. The foundation model was discussed again and again with the IPO of Knorr-Bremse in 2018 or in connection with the break between Heinz Hermann Thiele and his son Henrik, who left the Stella Holding in 2017. According to the details of the will that have now become public, Thiele does not want to set up a charitable foundation, such as the charitable foundation initiated by Robert Bosch for the global company Bosch, but a family foundation.

Their exact purpose or the details of the foundation capital are still unknown. The Robert Bosch Foundation, for example, holds around 94 percent of the shares in the Stuttgart technology company Bosch and is financed from the dividends it receives from this stake. Since it was founded in 1964, the Robert Bosch Foundation has spent around 1.8 billion euros on charitable work.

After arrest: new questions in the “Ibiza” affair – FAZ –...

Corona summit in the Chancellery is underway: GPs should start vaccinations... 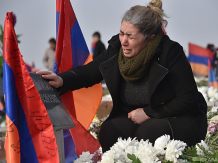 Three days of national mourning for those killed in the Karabakh... 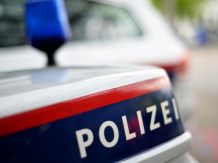