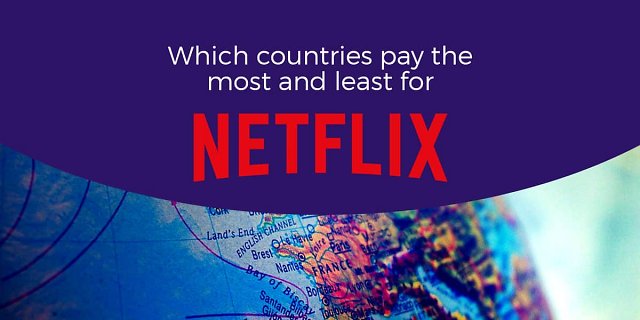 Netflix has a good 204 million paying members worldwide, as the company announced when it presented its 2020 business figures. At the same time, Netflix is ​​increasing subscription prices, as published in January 2021. Existing customers will now be informed that the new monthly prices will also apply to you with immediate effect. If you do not agree to the price increase, you can no longer use the streaming service. Only the basic subscription continues to cost 7.99 euros per month, all other packages experience a price increase.

How much does Netflix cost per month from now on?

Netflix offers different subscription packages, depending on the picture quality and on how many devices you want to watch the service. It starts with the standard package with SD playback on just one device for 7.99 euros per month. For the HD package and at the same time the option of being able to view different content on two devices at the same time, you pay 12.99 euros per month. Content in UHD and on four devices, as also made possible by Disney Plus, is available from Netflix for 17.99 euros per month. Netflix is ​​cheaper if you take out the Sky Entertainment Plus package, as this offers a Netflix HD subscription for only 7.50 euros per month and, together with Sky series, content from Universal, HBO & Co. in one year Subscription costs 20 euros per month. However, the Sky package is only available in conjunction with the Sky Q TV receiver and not with the Sky Ticket streaming service.

Netflix has now raised monthly prices in Germany for the fourth time. The first increase was in 2015, after which the monthly costs have increased every two years. Streaming services are enjoying increasing popularity – not least due to the effects of the global coronavirus pandemic since 2020 – but subscription services have so far been a losing business for providers. To keep paying customers interested, new content is always needed, but making films and series costs a lot of money, even if you don’t produce yourself and only secure the broadcasting rights for a specific country. For example, providers like Netflix have to find ways to still get money so that the streaming service continues to be attractive to users.

All providers of streaming services are faced with the aforementioned challenges of having to keep users happy. So does Disney with their offer called Disney Plus. The prices of the Netflix competitor have also risen since February 23, so that the monthly subscription no longer costs 6.99 euros, but 8.99 euros. In return, there is the new adult area called Star, which houses content with FSK 16 and FSK 18 ratings. Right from the start, over 55 series and more than 270 films are available here. In 2021 there will be a number of new series from the Star Wars and Marvel franchises exclusively for Disney Plus subscribers. In addition to ten new Marvel series – such as Wanda Vision – there will also be ten Star Wars series in 2021. In addition, Disney has already announced a new Indiana Jones, although details are still missing.

Providers from Europe can only dream of such user numbers. For example, RTL’s paid streaming service TV Now Premium has around 1.28 million paying subscribers (in December 2020), but is only active in Germany. The competitor Joyn from the joint venture Prosieben, Sat1 and Eurosport has around 3.46 million unique users (in December 2020). Joyn itself can be used free of charge and offers an additional, paid area called Joyn Plus with in-house productions, feature films and the Eurosport Player, although it is unclear how many users actually pay for Joyn Plus. Either way, Joyn writes a loss of 163 million euros in 2020, as the annual report for 2020 shows.

Also worth reading: Disney Plus: On March 24th, the streaming service celebrates its one year anniversary in Germany

[PLUS] For Twitch & Co .: The best hardware for streaming

PCGH Plus: We’ve picked out streaming products, some tips and tricks to help you improve and upgrade your stream. Microphone, camera or capture card – we looked at everything. The article comes from PC Games Hardware 08/2020.
more …

Covid traces in wastewater – are the number of cases in...