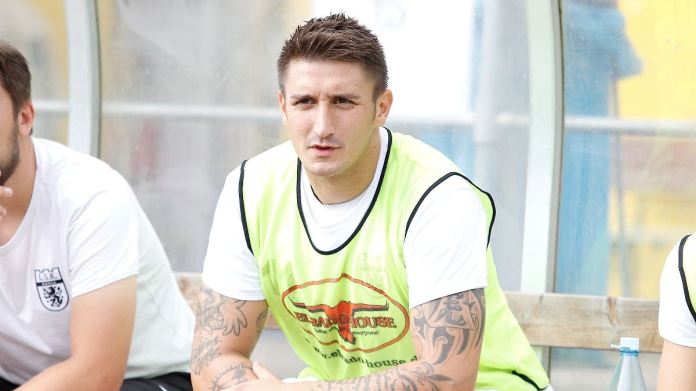 The former professional footballer Mustafa Kucukovic is said to have traded drugs on a large scale. The police observed him for months and finally snapped shut in Gelsenkirchen. The 34-year-old can now prepare for a prison sentence.
Former HSV star Mustafa Kucukovic has been arrested for drug trafficking. As the “Bild” reported, it is about 310 kilograms of marijuana, cocaine and hash. Accordingly, it should be an estimated value of 10 million euros. The former Bundesliga striker now faces a prison sentence. He is currently in custody in North Rhine-Westphalia.

The 34-year-old was arrested in Gelsenkirchen on Wednesday. According to the report, officials from the “Special Structural Organization (BAO) Hammer” had observed Kucukovic for months and tapped his phone. The ex-footballer is said to have discussed how many drugs should be sold in Hamburg.

According to reports by the Hamburger Morgenpost, house searches were also seized in cash and several hundred foreign SIM cards in an apartment in the Hamburg district of Eimsbüttel. Almost at the same time as Kucukovic, the police arrested his 29-year-old accomplice.

Kucukovic, whom everyone called “Mucki”, was a former junior national player and was considered a great football talent. In 2004, at the age of 17, he became HSV’s youngest Bundesliga player at the time. He completed 14 Bundesliga games in which he scored a goal. In the summer of 2007 it was over, he then changed clubs several times, in Germany, but also France, Denmark and Cyprus. Most recently he played in the regional league for the Hamburg club Hamm United.

Schools in Saxony closed until the end of January