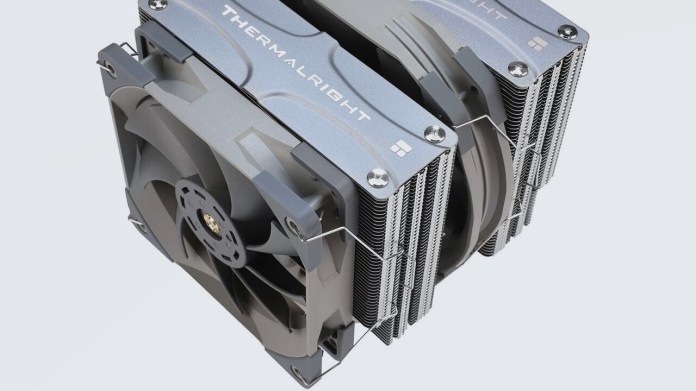 Thermalright has followed up the price-attractive and at the same time potent twin-tower air cooler Frost Spirit 140 (test) with the Frost Commander 140 located above it. With a heat pipe more and a larger distance between the slats, the new addition has a different character with the same dimensions.

High-end cooler in the style of the Frost Spirit 140

Thermalright is releasing the Frost Commander 140, a new high-end model for processors that produce a lot of waste heat. The large air cooler is apparently positioned between the cost-efficient Frost Spirit 140 and the high-priced Thermalright Silver Arrow T8 spearhead in the manufacturer’s double tower line-up (test). While the first is available for just under 60 euros, the top model of the twin tower air cooler currently costs 75 euros.

As with the (almost) twin Frost Spirit 140 (test), the manufacturer also uses a neutral color scheme for the Frost Commander 140, because instead of a conspicuously red fan like the Silver Arrow, subtle gray joins the silver aluminum. The two radiators of the CPU cooler are classically made of non-surface-finished aluminum fins and have cutouts that are intended to improve compatibility with high RAM on the one hand and towering VRM heat sinks on the other.

Five thick heat pipes run through the offset base

As with the Frost Spirit, thicker heat conduction tubes with a diameter of 8 mm are also used for the newcomer and not, as is widespread, those with 6 mm. Instead of four, five heat pipes now transport the heat from the nickel-plated copper base to the two louvre towers.

These are also arranged asymmetrically to the base plate in order not to cover any expansion slots despite the large size of the cooler. Another distinguishing feature of the Frost Commander 140 and the Frost Spirit 140 is the lower number of fins per radiator, due to the greater distance between them. In addition, the covers of the heat pipe ends are visually different. The dimensions of both coolers are otherwise identical.

To ventilate the twin tower air cooler, the manufacturer relies on two fans with differing frame widths, as is the case with the Frost Spirit 140. A 140 mm axial fan in the form of the TL-D14X is used in the center, a smaller 120 mm model (TL-C12 Pro) joins in front of the front cooling tower. The maximum speeds of the two fans are not staggered depending on size: 1,800 rpm is achieved by the larger model, only an insignificant 50 rpm more is possible with the smaller one. With this, Thermalright relies on a broader speed range and an improved air flow for both in order to achieve a higher cooling performance if necessary. In the Frost Spirit 140 with the more closely arranged fins, the fans rotate at the top at a maximum of 1,500 rpm, which also means that the noise level is lower.

To date, Thermalright has not announced a sales price or the planned date for the market launch of the Frost Commander 140.

Surprising job cuts in the US labor market

The investigations continue almost five months after the highway attack –...

Corona: Call for help from the Berlin health authorities 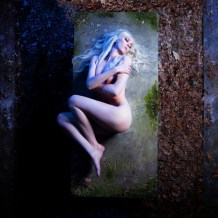 THE PRETTY RECKLESS – Death By Rock And Roll

Corona-safe holidays in these countries

Is Marle from the future?

Corona lockdown suppressed other infectious diseases, according to the RKI