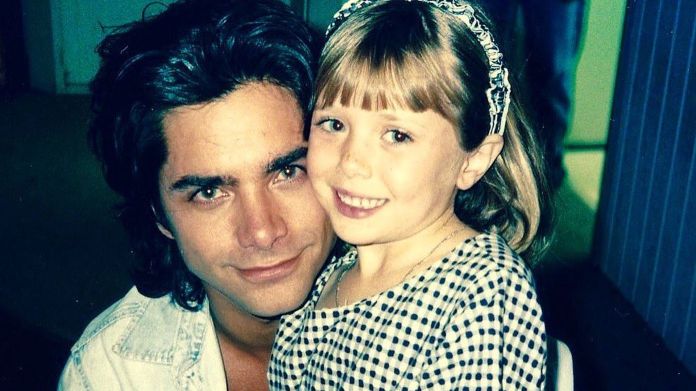 John Stamos (57) is apparently really proud of Elizabeth Olsen (32). In the cult series Full House, he played for years on the side of Mary-Kate (34) and Ashley Olsen (34), the sisters of the Californian. When the TV format was on television over 25 years ago Elizabeth still the least known of the Olsen sisters – but that has changed in the meantime. The actress is now a Marvel superhero. She is best known to a large audience as Wanda Maximoff from the Avengers films. And the Uncle Jessie actor could no longer be happy about her success.

On his Instagram-Account shared John a previously unpublished throwback photo from the “full house” era of him with a boy Elizabeth shows. He takes the photo as an opportunity to reminisce and writes: “One day she’s just a little girl walking around on the set and the next thing you know is that she’s taking over an entire city and controlling the citizens with her mind […]! You grow up so fast. “ The 57-year-old plays with it “WandaVision“on, the successful Marvel-Series of the screen heroine, in which she has one of the leading roles.

The followers of John in particular are absolutely over the moon and find it “to kneel down” that he is so happy for Elizabeth and even advertises for “WandaVision”. His former “Full House” co-star Jodie Sweetin (39) is also enthusiastic about the post. “I love it”she comments.

Corona: Berlin’s homes are hoping for the vaccine

Debate on the Covid-19 law – decision of the National Council:...

Anschober: “The greatest challenge of my life”