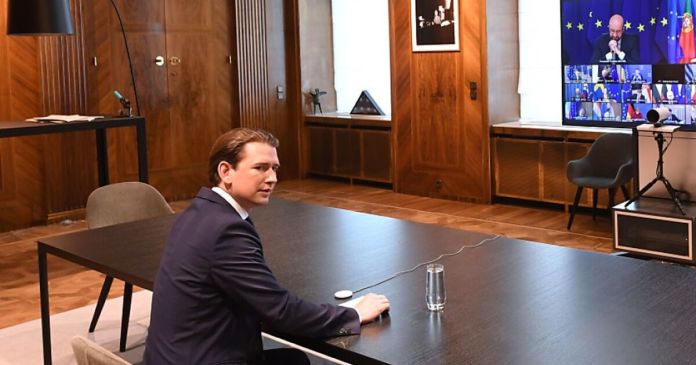 Germany, on the other hand, has argued that the imbalances arose because individual countries did not order all the cans on offer and they were bought up by others. EU Commission President Ursula von der Leyen then suggested using ten million doses of the vaccine from Biontech / Pfizer, which will now be delivered early in the second quarter, for compensation.

“If vaccine distribution is not to be an issue for a summit, what then?” Declared the Chancellor. In view of ongoing delivery problems with corona vaccines, the EU summit wants to speak out in favor of the control of exports to third countries, according to a draft of the summit conclusions.

It is completely incomprehensible that the EU exports 70 million doses of corona vaccines to all parts of the world, but does not itself receive any vaccines from outside the EU, said Kurz. “That is a massive disparity,” said Kurz. “If Commission President Ursula von der Leyen is of the opinion that export restrictions make sense, then they should be fully supported,” stressed the Chancellor.

When fighting the pandemic, the motto must apply, “no matter what the cost,” said Kurz. The discussion that there is a financial restriction of 200 million euros for the procurement of vaccines in Austria is therefore “absurd”. So far, 80 million euros have been spent and 30 million cans ordered, the problem lies in the delay in deliveries, said the Chancellor.

In any case, Austria has got things rolling on the issue of vaccine distribution, Kurz said. The heads of state and government had agreed that the vaccines would be delivered proportionally based on the population distribution, but this was changed by a decision by the health officials so that Malta would now receive three times as many vaccines as Bulgaria in the first half of the year. But he believes that there is now more understanding for a balance within the EU. “I even go so far, if there is no solution here, that it could cause damage to the EU in a way that we have not seen for a long time,” explained Kurz.

Prominent cultural figures speak out in favor of taking in refugees Vice-Chancellor Scholz eats the most exotic food !: This is what...