The hit series “Game of Thrones” comes to the boards that mean the world. The spectacle is slated to hit Broadway, the West End and Australia in 2023.

George RR Martins (72) saga “A Song of Ice and Fire”, or the hit series “Game of Thrones” based on it, is set to conquer Broadway, the West End of London and Australia from 2023 onwards. This is reported by the industry magazine “The Hollywood Reporter”. A dramatic stage show on Martin’s fantasy world is already in development.

Game of Thrones Adaptation: What It Will Be About

The producers Simon Painter and Tim Lawson are involved in the play. Martin takes care of the story himself and works with the playwright Duncan Macmillan and theater director Dominic Cooke. A prequel to “Game of Thrones” is planned, which will take place 16 years before the events of the series, during the Harrenhal tournament.

According to this, numerous characters known from the series – but not yet named – are to be seen in the play, including possibly Ned Stark, Jaime Lannister and Robert Baratheon. Nothing is currently known about a possible line-up either.

“The seeds of war are often sown in times of peace,” said Martin in a statement. Now he can finally tell “the whole story” of the tournament on stage. The author happily explains, “Our dream is to bring Westeros to Broadway, the West End and Australia, and eventually to a stage near you. It should be spectacular.”

Meanwhile, according to various media reports, the US streaming service HBO Max is supposed to be working on or planning six more series in the “Game of Thrones” universe. The shooting of “House of the Dragon” is to begin in April, a project entitled “9 Voyages” is in development and spin-offs with the names “Tales of Dunk and Egg”, “10,000 Ships” and “Flea” are in development Bottom “are being planned – as is an animated” Game of Thrones “series, which shouldn’t even have a working title.

Schumacher after catching up shortly before winning the title 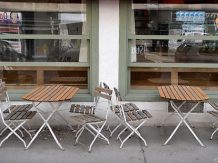