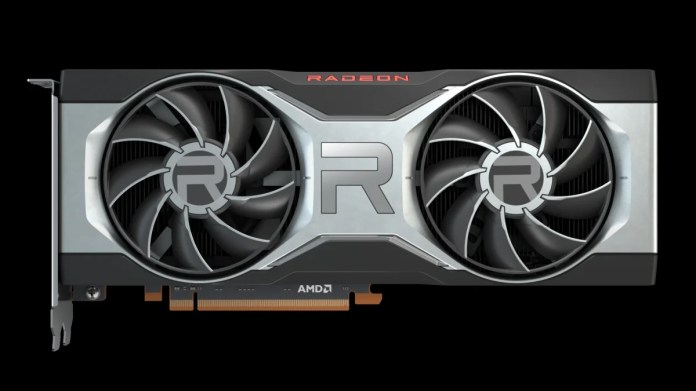 The Radeon RX 6700 XT uses 2560 shader cores, a third less than the Radeon RX 6800. In addition, AMD is cutting the memory interface from 256 to 192 bits and the so-called infinity cache from 128 to 96 MB. As a result, the storage capacity drops from 16 to 12 GB GDDR6 – that’s still more than enough for a graphics card of this performance class. The connection is made via 16 PCI Express 4.0 lanes.

AMD’s competitor for the GeForce RTX 3070

This is reflected in AMD’s self-created benchmarks, in which the Radeon RX 6700 XT can compete with Nvidia’s GeForce RTX 3070. Sometimes one graphics card is faster, sometimes the other. The GeForce RTX 3070 should have an advantage especially in 3D games with ray tracing graphics effects. In return, the AMD model has 4 GB more SDRAM and is at least slightly cheaper on paper.

Compared to the Radeon RX 5700 XT, performance and efficiency increase: The total power consumption increases minimally by 230 watts, but the Radeon RX 6700 XT would have to be a good third faster thanks to the high GPU clock and the revised RDNA-2 architecture.

Meanwhile, the Navi-22 GPU inherits almost all functions of the Navi-21 graphics chip used so far, including HDMI 2.1 and the AV1 decoder for videos. The USB Type-C connection with DisplayPort mode and charging function, however, is omitted.

The sales start falls on March 18, 2021. AMD wants to offer its own reference design with two axial fans for 480 US dollars, which equates to around 475 euros including VAT (not included in US prices). At the same time, the manufacturer cards from ASRock, Asus, Gigabyte, MSI, Powercolor, Sapphire and XFX start.

The previous graphics card presentations have shown, however, that price recommendations are currently not much more than smoke and mirrors – a large contingent is not expected in mid-March.

Jose Mourinho with a swipe in the direction of the Premier...

At least six dead in a mass crash in Texas –...

“Bad consequences”: Alexander is suddenly sterile after being infected with the...

Corestate with new anchor shareholder and supervisory board | 11/30/20