Much done right: The St. Gallen team received praise from Uefa after the goal breakdown +++ It remains to be seen how the mishap came about +++ The national team and FC St.Gallen can avoid a bus

Before the game against Lithuania could start on Sunday, a goal in Kybunpark had to be replaced because it was a few centimeters too high. It is still not clear how it came to this. In any case, the people of St. Gallen don’t just have to listen to ridicule. There are also pats on the back. And there will be no fine from Fifa.

(chs/rst) You know the problem: the sunshade tilts over and over again when you want to put it into the tube provided for it. The court managers in Kybunpark had to deal with a similar challenge on Sunday evening – with a lot more spectators.

Shortly before the World Cup qualifier between Switzerland and Lithuania kicked off, it was noticed that a goal is crooked, around ten centimeters too high on one side. Attempts to put the goal back in correctly failed. A new gate had to be found quickly. The game finally kicked off 18 minutes too late.

The day after the game, the mysterious goal story is also the topic, with a good dose of humor in the media, but also at the press conference of the Swiss national team.

Defender Silvan Widmer said: «After the game we joked about it a little. Shortly before the game, of course, it wasn’t fun. I’ve never seen anything like it in my career. When it starts, the point is that the tension is still high. ”

Errors recognized and responded to quickly

Even now that the ridicule in social media and the press is slowly fading, those responsible in St. Gallen cannot say with certainty where the problem was exactly. “We can’t explain the whole thing,” says David Gadze, the media spokesman for FC St. Gallen. He reconstructs the process before the game on Sunday: At 10 a.m., the Uefa commissioner accepted the place. Nothing was objected to. Even during the warm-up of the teams, around an hour before the start of the game, neither the referees nor the fourth official found any defects. Only shortly before the end of the warm-up did the goalie coach of the Swiss national team noticed that a goal was about five centimeters too high. Even those responsible at FC St.Gallen did not notice any defects before the pitch was released for the warm-up.

In the Kybunpark there are four plug-in gates that are used – two with green and white nets for the championship games and two white ones. All goals have been played for years, said Gadze. The white goals are used in international matches – and were also used when FC Lugano played the Europa League group matches in Kybunpark in autumn 2019. The Hawk-Eye goal-line technology was used there – nothing was ever objected to.

Just before the end of the warm-up

One guess remains: Shots at the edge of the goal while warming up – or a goalkeeping action, for example a hit on the crossbar – must have moved the goal. A scenario that the Uefa and Fifa leaders have given the SFV as a possible explanation. “According to the subsequent reports from Fifa, it is the most plausible explanation,” says Adrian Arnold, who is responsible for communications at the Swiss Football Association (SFV).

“The matter will go down as a curiosity in the history of the national team,” says Arnold, who also takes the matter with a good dose of humor. The SFV is far from reproaching those responsible in St. Gallen. And Uefa received praise for recognizing the mistake in St. Gallen and responding to it quickly. The people of St. Gallen immediately apologized to everyone involved for the circumstances that had arisen.

Repentance should be averted

However, it was initially unclear whether the SFV or the St. Gallen stadium operators would still have to expect a fine because of the delayed kick-off. Arnold emphasizes that there were no protests, not even from the Lithuanian side. Finally, on Monday evening, the all-clear was given. According to consistent media reports, Fifa waived sanctions.

The incident will certainly not affect the good cooperation with the St. Gallen residents, says Arnold. As a venue for national games, the Kybunpark should keep its good reputation.

The incident will certainly not affect the good cooperation with the St. Gallen residents, says Arnold. As a venue for national games, the Kybunpark should keep its good reputation. Finland will be visiting Kybunpark in a friendly on Wednesday. Until then, the faulty gate should be plugged in again, checked and used again if necessary, says Gadze. After all: the stubborn goal would then be practically rehabilitated.

96 jewel Linton Maina before comeback against HSV – will he...

Flensburg: Two more demonstrators in the trees: Operation in the station...

Repairs are delayed – U9 interrupted longer than planned – BZ... 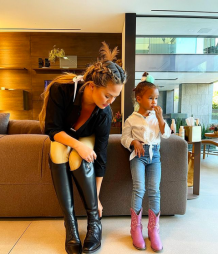 New hobby brings dough to the limit of pain – people