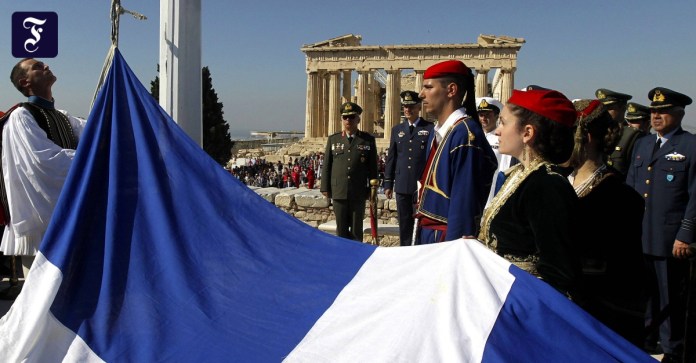 AAt the initiative of the Greens, a debate is taking place in the Bundestag today on a historic anniversary. It is about the German attack on Greece almost eighty years ago, on April 6, 1941. The possible future ruling party is taking the approaching date as an opportunity to introduce a motion that wants Germany to deal differently with the crimes committed during the occupation. The Bundestag Vice-President Claudia Roth and Manuel Sarrazin, spokesman for the parliamentary group for Eastern European policy, are primarily responsible for the application. Many well-known Greens have joined the initiative, including Cem Özdemir and Jürgen Trittin.

Correspondent for Southeast European countries based in Vienna.

There is a lot of correct and important information in the application. German crimes are named: The deportation of Saloniki’s Jews to Auschwitz, where almost all of them perished. The massacres and hostage shootings. The forced loan squeezed from the country, which in addition to the human devastation ruined Greece economically. The Greens are also making it clear that, like the current and all previous federal governments, they refuse to pay reparations to Greece.

Yugoslavia was also invaded that day

Recognition of the fact that the question of reparations and compensation has not yet been finally settled for Greece is “not to be equated with recognition of the Greek positions and demands,” says the motion. But Germany must intensify its efforts at other levels to live up to its own historical responsibility – among other things, by giving Greece greater consideration in future “in the commemorative calendar of the Federal Government and the Bundestag”.

Nobody will be able to raise reasonable objections to this – and yet there is something forgetful about the motion of the Greens, which explicitly wants to dedicate itself to commemoration, a fragmentary nature. It begins with the first sentence, which reads: “On April 6, 1941, the Wehrmacht attacked Greece.” This statement is not false, but its incompleteness is misleading. Because the campaign that the Wehrmacht opened with its Hungarian and Bulgarian allies on that April day was directed against two countries at the same time: apart from Greece, which had been attacked by Italy the year before and waged a heavy defensive battle, it took place on April 6, 1941 also invaded, smashed and occupied Yugoslavia. Only that is not mentioned in the application – as if the war against Yugoslavia had taken place at another time or on another continent.

For the attackers, the fighting in Greece and Yugoslavia eight decades ago were part of the same campaign. In the (inadequate) memory, this is now divided apart. The broader German public is “still far too little known about the German crimes in Greece during the Second World War,” says the Greens’ motion. That’s probably so. But a broad German public – in this case apparently including the parliamentary group of the Greens – knows even less about the crimes committed by the Wehrmacht, Gestapo, SS and their auxiliary troops between 1941 and 1944 on the territory of Yugoslavia and especially in Serbia. These massacres are, as it were, in the blind spot of German memory politics.

Commemoration of German politicians in Greece

As far as Greece is concerned, despite all its deficits, there is at least a tradition of visiting German top politicians going back decades to sites of Nazi crimes in the country. Federal President Richard von Weizsäcker and Foreign Minister Hans-Dietrich Genscher visited the Kaisariani execution site in Athens in 1987, where hundreds of Greeks had been executed by 1944. Weizsäcker’s speech made an impression at the time, contemporary witnesses confirm.

The first countries relax regulations for tourists: proof of vaccination instead...

Stardew Valley Update 1.5 is now available: It’s all in! 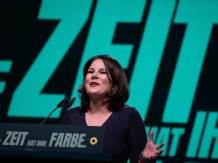 Baerbock to the Bundeswehr: “We mustn’t duck back” – Germany and...

Although there is no deal area in the Google Play Store,...