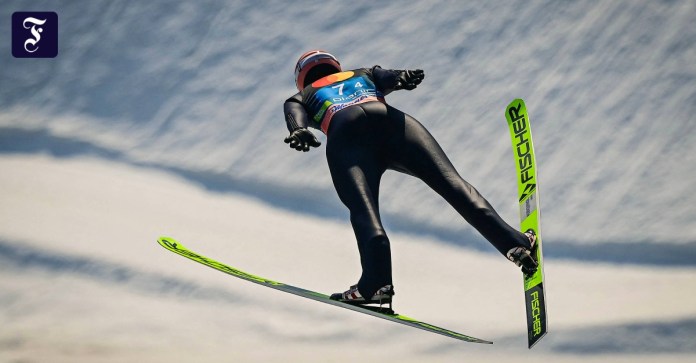 Dhe German ski jumpers won the ski flying team competition in Planica. Karl Geiger, Markus Eisenbichler, Pius Paschke and Constantin Schmid prevailed on Sunday morning with 819.5 points ahead of Japan (810.0) and Austria (788.9). Above all, Eisenbichler and flight world champion Geiger, who flew 220.5 meters, once again demonstrated their class on the huge facility in Slovenia.

Eisenbichler even landed at 235.5 meters, but was not overjoyed. After landing, the 29-year-old, his face contorted with pain, grabbed his already damaged knee and hobbled out of the run. Shortly afterwards, the 29-year-old gave the all-clear: “I noticed the stitch in my knee, but after the first five to ten minutes of movement I noticed that it was the same as before. It doesn’t prevent me from jumping, ”said Eisenbichler. Constantin Schmid (212.0 meters) and Pius Paschke (218.0) showed solid jumps.

The team competition was completed in just one round. It was actually supposed to take place on Saturday, but had to be canceled during the first round due to strong winds. At the end of the season there will be an individual competition shortly after the team flight (10.30 a.m. / ZDF and Eurosport). “I just want to have fun again,” said Geiger after the win with the team.

Toughest lockdown since the beginning of the pandemic

Angela Merkel “angry and sad” about riots in Washington

Brisk participation in Senate election: Georgia is heading for an electoral...