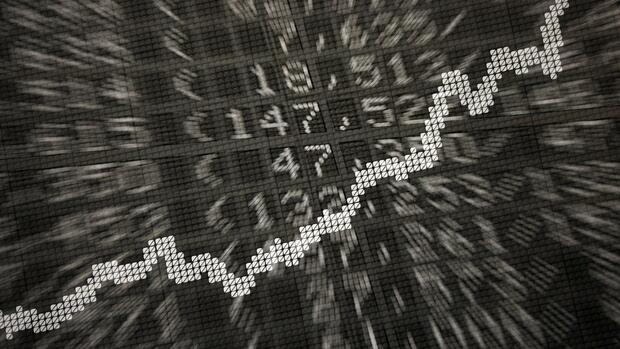 Frankfurt In the past week, many investors were not really lured out of the reserve: When sales were low, the Dax went up and down. And so the index failed to break its record from the previous week when it rose to 14,804 points.

The 15,000 point mark is and remains within reach: Ultimately, the leading German index closed 0.9 percent higher on Friday at 14,748.94 points. Compared to the previous week, this corresponds to an increase of 0.9 percent.

Important US indices such as the S&P 500 and the Dow Jones have recently received a positive boost again. The Dow Jones index again marked a record high and closed at 32,778 points around one percent plus. The broader S&P 500 gained 0.1 percent to 3943 meters.

Many analysts are skeptical as to whether the German index will also gain strongly again. Even the opposite could be imminent: According to Commerzbank expert Andreas Hürkamp, ​​the index could face a short-term slide to 14,000 points. He justifies this expectation with investor sentiment that signals “that the Dax needs a short break”.

Merck Finck’s chief strategist, Robert Greil, is also cautious about the short-term prospects. “While the mood on the other side of the Atlantic is rightly brightening, more positive survey results, especially in Germany, often convey an overly optimistic picture,” he warns.

The surveys that are now being published were mostly carried out in the first half of March, when there was still great hope that opening steps would be taken. And, as is well known, this hope has been shattered in the past week. The news that the container freighter “Ever Given” is blocking the Suez Canal worried some people.

That is why on Friday, after initial joy, there was also skepticism about the numbers of the current Ifo index, which were unexpectedly good. The Ifo business climate index rose in March by 3.9 to 96.6 points and thus reached the highest level since June 2019. “Despite the increasing number of infections, the German economy is starting the spring with confidence”, commented Ifo President Clemens Fuest on the results of the Survey by the Munich institute among 9,000 managers.

But it did not take long before market participants and observers warned against too much euphoria. The assessment of the situation in all areas is still below the pre-crisis level, said the chief economist for Europe of the asset manager DWS, Martin Moryson. It is the expectations that are already well above the pre-crisis level.

“More hope than being,” concluded Moryson. He feared that it would take even longer before this optimism would be reflected in a better business situation and referred to the extension of the lockdown that had been decided in the past few days until well into April, the unclear situation as to which measures could be taken to replace the ” Easter rest ”and the prospect that the end of the pandemic will not be in sight at the end of April either.

“For a real upturn, the vaccination campaign has to pick up speed,” he says. “We assume that vaccinations will soon be much faster, but the hesitant start and the announced delays in vaccine deliveries make us fear that the economy will not pick up again until the summer.”

His colleague from Bankhaus Lampe, chief economist Alexander Krüger, is also skeptical. “At first glance, the business climate appears rosier than it actually is,” he said according to the Reuters news agency.

Many questionnaires are likely to have been completed before lockdown measures were extended. “It is also doubtful whether the current mood is a yardstick for assessing the economy.

Ultimately, the economic recovery depends above all on progress in vaccination. Since this is likely to remain inadequate in this country for the time being and the third wave is getting bigger, economic shadows are currently looming for the next quarter. So how good that important countries outside the euro area are already further. “

Focus on US labor market data

The fact that the situation outside Germany is better should also be confirmed by the most important economic data of the coming week: As always on the first Friday of the month, the official US labor market report is published at the end of the week – even this week if there is no trading on the stock exchange in Germany due to Good Friday will be

Analysts are confident, especially those at Commerzbank. Since the corona restrictions have now been relaxed in many US states, they expect a significant increase in jobs of 850,000 in March – on average, the experts only assume an increase of 565,000 jobs. “The fact that the weather returned to normal in March certainly contributed to this. That is why a catch-up effect is to be expected – despite individual persistent impairments from this side, “says Commerzbank expert Christoph Balz, justifying his forecast.

Because of this strong job creation, the unemployment rate should have fallen further, from 6.2 percent to 5.9 percent. “However, this number represents the situation in the labor market too favorably because four million Americans have withdrawn from the labor market since the beginning of the pandemic,” it continues.

“The US Federal Reserve will therefore probably only begin to reduce its bond purchases in mid-2022”. The figures from the private US employment agency ADP on Wednesday provide a foretaste of the official data from the US authorities.

Some macro data are also being published in Europe, which should provide information about the current situation: In Germany, retail sales for February will kick off. On Tuesday, consumer prices for March come from Germany as well as data on sentiment in the European economy – and consumer confidence in the USA.

On Wednesday the focus is on the German labor market and European inflation figures. The topic of inflation had recently been the focus of many stock market traders. According to analysts, the core inflation rate – i.e. the previous year’s rate of change in the consumer price index excluding energy, food and beverages – should be 1.4 percent in March; 1.3 percent increase.

In the medium and long term, there is optimism

But despite the rather skeptical assessment of the short-term prospects, many analysts remain confident that a setback in the Dax – should it come at all – could soon be made good.

The economic prospects are still positive thanks to the ongoing support from central banks and governments, summarizes Merck-Finck’s chief strategist Greil, which is why “after its consolidation, the Dax should soon set course for new highs again.”

More: Read here why an entry can pay off despite the price rally in the Dax 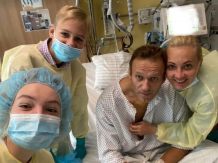 Billion pledges at the G7 summit with Biden to fight pandemic