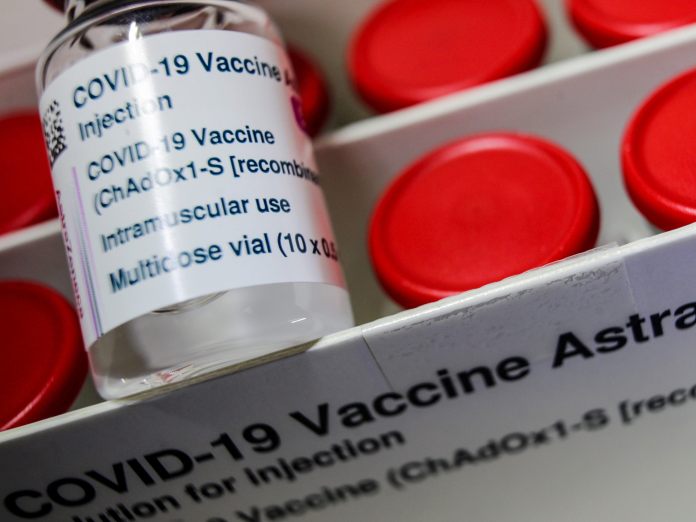 
The AstraZeneca vaccine is only recommended in Germany from the age of 60.
©REUTERS

The Standing Vaccination Commission (Stiko) in Germany has only recommended the AstraZeneca corona vaccine for people aged 60 and over. The Austrian Ministry of Health said that there was a constant international exchange regarding the vaccine.

As the German Stiko announced on Tuesday, the recommendation was changed “on the basis of the currently available data on the occurrence of rare but very severe thromboembolic side effects” in younger people who have been vaccinated. According to the Ministry of Health, the German federal and state health ministers discuss the deployment in the evening.

Stiko intends to make a supplementary recommendation by the end of April on the administration of the second vaccine dose to people under the age of 60 who have already received the first dose of the AstraZeneca vaccine. After new complications and deaths shortly after a vaccination, the German federal states of Berlin, Brandenburg and the city of Munich have temporarily suspended vaccinations with AstraZeneca for under 60-year-olds.

Relationship between thrombosis and vaccination not yet proven

The Austrian Ministry of Health said that there was a constant international exchange regarding the vaccine. As in the past few weeks, the National Vaccination Board (NIG) will deal with current developments in relation to AstraZeneca. The vaccination is currently being pursued according to plan.

According to the Austrian Federal Office for Safety in Health Care (BASG), a causal connection with the vaccination cannot currently be proven in the cases of sinus vein thrombosis registered in Europe, but it cannot yet be ruled out with certainty. According to the authority, women under 55 years of age have a signal of a very low risk (less than 1: 100,000) for a rare form of coagulation disorders with blood clots after vaccination against Covid-19, which should be pointed out before vaccination. These are blood clots in the large veins in the brain, a so-called sinus vein thrombosis, which in some cases was accompanied by a decrease in blood platelets. As of March 29, two cases of sinus vein thrombosis near the time of vaccination with the AstraZeneca vaccine had been reported to the BASG. To date there is no reliable evidence of a connection with the vaccination.

Vaccination with AstraZeneca temporarily suspended in parts of Germany

The German Paul Ehrlich Institute (PEI) has now registered 31 cases of sinus vein thrombosis after AstraZeneca vaccination. In 19 cases, a lack of blood platelets, a thrombocytopenia, was reported, the PEI announced on request. Nine people affected died. With the exception of two cases, all reports concerned women between the ages of 20 and 63. The two men were therefore 36 and 57 years old. According to the Robert Koch Institute’s vaccination rate monitoring, 2.7 million first doses and 767 second doses were inoculated by AstraZeneca up to and including Monday.

The federal state of Berlin was the first to suspend the corona vaccinations with the active ingredient from the manufacturer AstraZeneca for people under 60 years of age. Berlin Health Senator Dilek Kalayci announced this on Tuesday and referred to new data on side effects. She called this a “precautionary measure”. Corresponding appointments in vaccination centers will be canceled for the time being, according to Kalayci.

The state (around 3.7 million inhabitants) now wants to wait for the deliberations at the federal level and statements from experts such as the Paul Ehrlich Institute. The Charité and Vivantes clinics in the German capital previously stopped vaccinations until further notice with reference to cases of cerebral vein thrombosis in Germany. In the clinics, the suspension of vaccinations applies to women under 55 years of age. This mainly applies to our own workforce.

EMA recently reaffirmed the safety of the vaccine

Germany – and numerous other countries – had temporarily suspended vaccination with the AstraZeneca substance in March because several cases of thrombosis (blood clots) in the cerebral veins were reported in relation to the vaccination. The vaccine is now being given again. The European Medicines Agency EMA had confirmed the safety of the vaccine, and the Standing Vaccination Commission in Germany had spoken out in favor of further use of the product.

Canada’s panel of experts for the corona vaccination campaign has now officially recommended the suspension of the vaccine in people under the age of 55. The committee has safety concerns and plans to investigate reports of rare blood clots in some immunized patients.

More news about the corona crisis

Corona: Why Europe has more vaccine than the European medical agency...

Migration: Joe Biden’s US government expects the number of migrants to...

German returnees from IS arrested at the airport – news &... Victory in the Cup against Sion – Aarau thanks to a...

Verkehr – Stuttgart – Study: Many noise-plagued people could be helped...

Interview: How safe are the new corona vaccines? | ...