Another party vice, Norbert Röttgen, described the situation of the Union as extremely difficult in view of the state election debacles, loss of confidence and negative polls, but warned of time pressure: “As far as the candidacy for chancellor is concerned, we shouldn’t rush anything. With actionism we won’t regain confidence,” he said the “Augsburger Allgemeine” (Saturday).

Strobl said with a view to his plea: “For the south-west CDU, which supported Friedrich Merz before the federal party congress and could now theoretically look to the neighboring state of Bavaria out of disappointment, this clear majority support for a Union Chancellor candidate Armin Laschet is not entirely a matter of course.” However, the party needs his integrative power, his focus on central issues, his economic expertise and his talent to surround himself with experts and representatives of all party currents.

Women in Hollywood: Women directors were more successful than ever in...

Meghan wins the mud battle – and expresses himself

Pizza delivery to the stadium during the Hoffenheim game 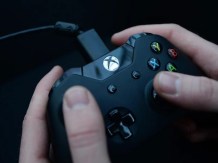 Xbox games for iOS: Microsoft relies on the browser