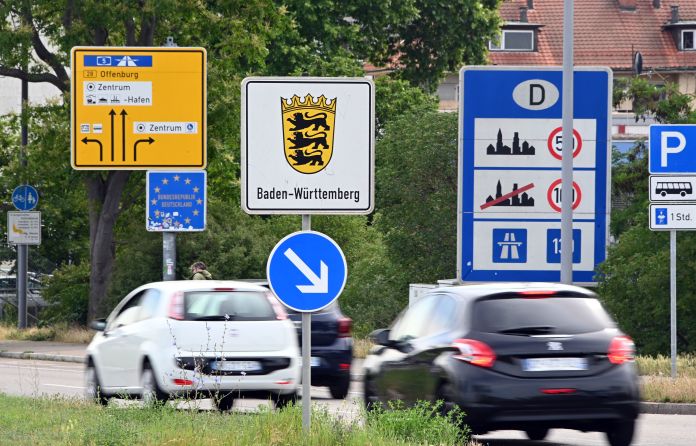 Berlin – Due to the sharp increase in the number of corona infections, France has been a high incidence area from a German perspective since midnight on Sunday. This means that you have to have a negative test result when entering Germany. The test must not be older than 48 hours. Whether a cross-border commuter has a negative test is not checked directly at the border with Germany, but in the hinterland with the help of the veil manhunt. Even stricter entry rules still apply to the Moselle department, which borders Rhineland-Palatinate and Saarland.

France is in the middle of the third corona wave. The seven-day incidence is well over 300 new corona infections per 100,000 inhabitants.

Because of this, the lockdown was extended to three other departments on Saturday. Shops had to close and citizens’ freedom of movement was restricted. In total, the stricter corona requirements affect 19 administrative districts with more than 23 million people. The lockdown has been in effect in the greater Paris area and parts of northern and southern France for a week.

The Czech Republic, Slovakia and large parts of the Austrian state of Tyrol have also been virus variant areas so far. On Sunday, the Czech Republic and Slovakia were downgraded to high incidence areas. Tyrol is now a simple risk area. The stationary border controls at the borders with Tyrol and the Czech Republic will remain in place for the time being. According to the Federal Ministry of the Interior on Saturday, it is still being examined what consequences will be drawn from the new classification at the border stations.

First kissing photo with her boyfriend

Dresden: man lights in front of the state parliament!

Globus will take over these 16 branches from Real

There is a risk of death for both dog and owner

Electric car charging station: So FEW charging points have to be...