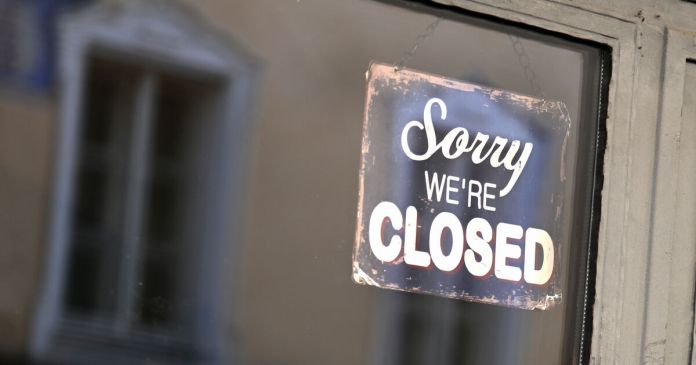 Chancellor Angela Merkel (CDU) and the state minister-presidents decided on Wednesday in Berlin in more than nine hours of negotiations.

Openings are provided from an incidence of 50 or even 100. If individual loosenings lead to a sharp increase in the number of infections in a region, all alleviations that have already been made are automatically deleted there.

Merkel then said that they were on the threshold of a new phase of the pandemic. Germany showed strength in its reaction to the second wave. “And now the task of politics is to take the next steps wisely. They should be steps towards opening up and at the same time steps that must not set us back in the pandemic.” In Europe there are many examples of a “dramatic third wave,” said the Chancellor. “This danger, we mustn’t fool ourselves, also exists for us.” Merkel emphasized, however: “Spring 2021 will be different from spring a year ago.” There are now two strong helpers in combating the pandemic: the vaccines and the expanded testing options.

Merkel (CDU) as well as Bavaria’s Prime Minister Markus Söder (CSU) and Berlin’s Governing Mayor Michael Müller (SPD) justified the relaxation, despite the simultaneous increase in the number of new infections, by saying that two more tools are now available with vaccination and testing. It was agreed that at the end of March / beginning of April the general practitioners’ and specialist practices would be fully involved in the vaccination campaign.

Among other things, the resolution stipulates that everyone can undergo a free corona rapid test once a week from March 8th. The federal and state governments also expect companies, as a contribution to society as a whole, to offer their employees in attendance at least one free quick test per week.

No special regulations for Easter

Bavaria’s Prime Minister Markus Söder (CSU) warned: “We have defeated the second wave, and the third wave is rolling.” The danger and dimension of the third wave depend on each individual. “That’s why we have to be very careful that we don’t enter the next big lockdown carelessly. If many people talk about Easter, then Easter will either be a good time or maybe the next lockdown.” That is why they have now decided on “a triad of caution, trust and responsibility”. A special contact regulation for Easter was not decided.

Contact restrictions will be relaxed from March 8th. In a first step, flower shops, bookstores and garden centers are to open across Germany. After that, a step-by-step plan will be in place until April 4, which provides for 50 or 100 opening steps in various areas from retail, museums, sports to outdoor catering when the incidence is reached. At the earliest on April 5, the retail trade should be able to reopen completely, but with hygiene requirements and personal restrictions.

There may be other restricted openings in regions in which the incidence of just 100 new infections per 100,000 inhabitants falls below the seven-day incidence. In addition to appointment shopping offers in retail, museums, galleries, zoos, botanical gardens and memorials can then open for visitors with appointment bookings.

Individual sports alone or in pairs as well as sports in groups of up to ten children up to 14 years of age in the outdoor area should then also be permitted. With a stable seven-day incidence of less than 50, the requirements are dropped or weakened. Then contact-free sport in small groups in the open air should be possible again.

According to the decision, the next opening steps will be made dependent on the fact that the previous stage has not led to a deterioration in the seven-day incidence for 14 days. Then it is first about opening up outdoor catering, cinemas, theaters, concert and opera houses, as well as contact-free indoor sports and outdoor contact sports. In the next step, more sports and leisure events are on the agenda. Here, too, the following applies: Up to an incidence of 100, there should be higher requirements such as daily tests or mandatory booking, which are omitted with a seven-day incidence of up to 50 new infections.

Pietro Lombardi is said to have impregnated a Swiss woman: nasty...

Strong increase in infection leads to lockdown in Thailand