Tyrol is no longer classified as a virus variant area by the German Robert Koch Institute (RKI). On the night of Sunday, the entry ban from Tyrol to Germany was lifted. As before, however, stricter quarantine, test and registration requirements must be met.

The other restrictions also apply if the area has been downgraded in the meantime, as applies to the Czech Republic and Tyrol with effect from 00:00 on Sunday, the Bavarian Ministry of Health announced on Saturday. For those arriving in a virus variant area in the past ten days, the quarantine is longer at 14 days. In addition, they cannot test themselves five days after entering the country.

Even stricter rules apply when entering the country: Anyone who was in a virus variant or high incidence area in the ten days prior to entry must present a negative test upon entry. This would also be possible retrospectively when entering from a normal risk area. This is particularly relevant for Tyrol, the Czech Republic is still a high incidence area. On the question of whether there will be more border controls, the Bavarian Ministry referred to the federal government.

South Tyrol’s governor Arno Kompatscher (SVP) called on Austria to relax the tightened border regime on the Brenner. Governor Günther Platter (ÖVP) had already assured him “that the abolition of border controls on the German-Austrian border will also render those on the Brenner obsolete and will therefore be lifted”.

In any case, the Austrian authorities want to continue to monitor the traffic situation around Kufstein and, as in the past few weeks, act according to the respective situation, the APA said on Saturday. As a result, there was no traffic collapse due to the German entry restrictions along the Brenner corridor. As early as at the Brenner pass, transit trucks were checked to see whether they met the requirements for entry into Germany, and truck traffic was metered.

Digital & AI: Germany is only mediocre in an international comparison 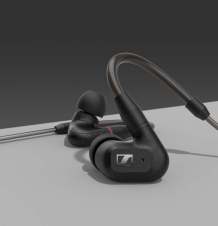 House decorated with garlands and balloons: Police dissolve party with 21...