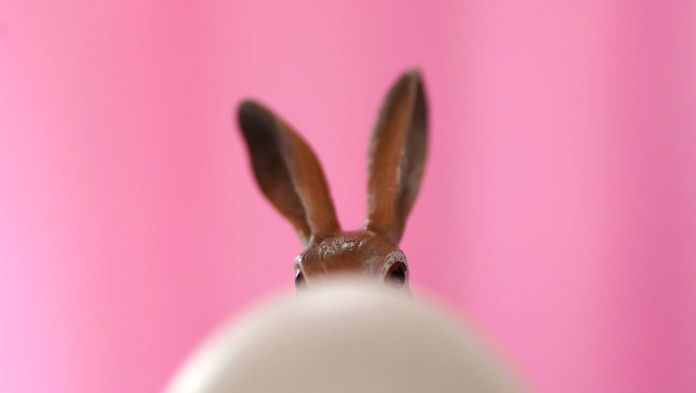 A dreamland in constant struggle. Dear readers, we have just been lucky again. In retrospect, one has to say with a shudder that this Chancellor and her thousand-headed amateurs from ministerial ministers almost ruined our dear Easter. And even one or the other Prime Minister (m / f / d) is said to have participated! At night, of course, when the people were asleep and strengthened themselves for a new day of struggle through a short period of rest.

Born in 1953, is a legal scholar and was Chairman of the 2nd Criminal Senate of the Federal Court of Justice. He is the author of an annually revised standard short commentary on the criminal code and numerous other specialist books.
As is well known, there are currently several major battles going on: At the forefront, of course, is the fighting force against sexual offenses. They decrease empirically every year, but must be fought all the more resolutely every six months. Yesterday, on March 25th, the Bundestag decided on a new initiative, as always accompanied by the routine speeches of the respective parliamentary commissioners for the fighting system: The increase in the range of punishments (the roughly estimated ten in twenty years) will now surely result in a thoroughgoing “deterrent” to lead.
You should have asked someone who is familiar with it, for example an archbishop who is read as a Catholic. More deterrence than 300,000 eternity of purgatory and then life in hell is not possible! And what has man been doing for 2000 years: sin, sin, sin! So much for deterrence prevention. Law students say “negative general prevention” and know in the oral examination that this was invented by Johann Anselm Ritter von Feuerbach, real councilor and guardian of Hauser Kaspar. He knew as early as 1808 that deterrence is a difficult thing and that a little differentiation can do no harm in this either.
The second most important struggle of our day is that of an event which the “picture” with the beautiful name “our vacation” describes. Here, too, she has a routine. Small selection: “Fear about our vacation” (June 25, 2020); “Our Vacation in Danger” (July 14, 2020); “Our Malle vacation is on the brink” (March 24, 2021). There is a devilish plan behind this: “Merkel wants to tip Mallorca vacation” (“picture”), which is surprising in that this is contrary to the 66-year-old hobby cook’s other long-term project to secretly exchange the population of the Spanish island of M.

Once again the time of “chaos”

Now I don’t know whether “we” would all like to spend “our vacation” on a lonely island with Herr Reichelt, or what people tend to imagine in “Bild”. But maybe the editors mean it metaphorically once more, as is customary among people who were already popes and world champions, refugees and refugee victims, pensioners and pension fraudsters, and all at the same time.

In any case, as we were able to learn, Easter was not banned, or the ban on Maundy Thursday was lifted again, at the special request of the retail trade and the wage-paying economy. To be honest, I don’t know what that has to do with Mallorca, but it must be somehow connected, probably through a traumatic shock.
Now, as I have to admit to the Group of the Seriously Shaken, this is, of course, once again a completely inappropriate irony that can only be explained if you know what it looks like in an ivory tower. Ordinary people, i.e. those who have to go out into the forest every day and fight against the predators of financial capitalism as well as for the future of the planet and the automotive industry, have no sense for such jokes. I understand that; that’s why I’m doing it.
It was in the middle of the week, I think, when the newspapers reported that the federal government was over and that Dr. Merkel incomprehensibly refuses to ask “the question of confidence”. I saw an interview with the Chancellor on television in which the journalist questioning her could not even decide whether Germany is on the brink because of the Chancellor, despite her, without her or anyway. In any case, the time of “chaos” had come once again.

Of course I don’t mean a real one, that is, a state of anomie, chaos, misery and disorder. I mean: the time of the word “chaos”. In addition to the recently prominent term “vaccine muffle”, “government chaos” is my current favorite word, especially when it comes from chats, forums, broadcasters and editorial offices where notoriously nobody knows why the coffee machine is not working, since when the copier has been broken, when Ms. Meier comes back from vacation and whether there is a works meeting on the Friday after next or not.

If there is one thing that doesn’t prevail in Germany, it’s “chaos”! However, there are relevant groups of the population who either dream of such a thing or are delusional about it or are very afraid that it could break out soon, for example when there is no more toilet paper, Mallorca sinks into the sea off Capri or Pope Francis marries a cardinal .

Instead, you have to talk to Dr. Let Gauland say that for natural reasons one should first vaccinate the Germans among the German population, a proposal that reveals a really remarkably intelligent virus control strategy. Meanwhile, Friedrichshain special mission writers believe that the world must end if everyone is not read in some way on the spot, preferably themselves.

Even after five days, I, who also read myself as I am, still do not know exactly what has actually happened since Germany plunged into the second largest chaos since the Battle of Leipzig, when the Chancellor announced that they had a well-intentioned idea, but which has proven to be not so well done, which is why it is abandoned before any damage is done. Since then the German intelligentsia has been desperate at the task of clicking Maundy Thursday in the Outlook calendar from “free” to “not free” and imagining what could have happened if you had or had booked a flight around the world for Thursday a first class Atlantic passage on the RMS »Titanic«, of course without the option of canceling (because of the saver fare). Unthinkable!

Do you already know how high the interest rate for ten-year real estate loans at Kreissparkasse Borken will be at the time of refinancing a single-family home in Dahlem? Is there someone from the investigative department already on it? And what other fights do we have? Let me think! Candidate for Chancellor at the FDP, candidate battle in the Sauerland. Jogi’s legacy: Maybe someone without a hairstyle again, but with a hat. And why not actually Steffi Jones? I hear a loud silence from the ranks of people who are read as women!

Resignation of the government: a super proposal! Or at least a “question of trust”! Then the hard-working MPs from (alphabetically) AfD, Bündnis 90 / Die Grünen and FDP can think twice about whether they trust the government. Presumably some of them could do a lot better, and when Ms. Baerbock is finally Chancellor, one can look forward to the extremely informative government statements and the important speeches by opposition leader Weidel. Then the vaccination chaos will finally move forward, and people will buy fewer fitted kitchens, less furniture and fewer country houses, but billions of electric bicycles and sales bargains and rhinestones and jeans whose knees have been torn by human hands that were previously read as women’s hands .

The Germans have remained essentially optimists

But let’s be serious: It is astonishing and pleasing how quickly the German people have weaned themselves from Mrs. Melania and her yellow lion consort. A year ago you would have thought that it would go on forever: three hours of discussion every day as to whether Mr T. is half stupid or completely stupid. And now: Melania a dwarf next to Meghan! Eternal peace on the Mexican border! Rust Belt cheers! America: where is that? 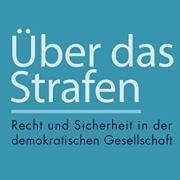 About punishment: law and security in a democratic society

Product reviews are purely editorial and independent. Via the so-called affiliate links above, we usually receive a commission from the dealer when making a purchase. More information here

This shows that the Germans have remained essentially optimists. The lament for all the long-term trauma is perhaps just an expression of modesty, the quiet joy in normality, the eternal story of the evil monster and the fairy godmother. You have to see it this way: When in a state like Germany 20 million people are empowered and able to muster money, time, commitment and intellectual power at any time to express their opinion on the failure of practically everyone else for practically everyone Tasks as well as saying about your own strength to do everything better, then that may be a certain communication chaos, but still quite a long way from the really true apocalypse.

This can now be seen as a cheeky misjudgment of the dark reality or as irresponsible whitewash. But you don’t have to. If you think about how often in the last ten years the imminent end was announced and then exchanged for another within six months, you could feel a little cheerful. Especially since it is spring and, viewed in sunlight, it really doesn’t matter whether you hide your Easter eggs in the meadow near Palma or behind the bush in the Eifel.

I am also sure that the people who are read as children will neither perish nor despair of the Covid epidemic, and they will not become ten million severely disabled people. Take care of them whenever you can, always a little more than your new cell phone; then it will be fine.

Confidence in yourself and others

Why, one wonders, should the greengrocer on the corner know what the radishes will be like in three years’ time? And why should Mr Laschet know how high the Covid incidence is in June? And why should anyone be obliged to prophesy to the adult, healthy, self-determined, well-educated and experienced inhabitants of Germany when which events will occur, which depend on them, and on which dates something could be allowed or forbidden to them, so that they can safely do what the subsequent ban makes inevitable until the last day?

That is to say: If we are a people of people whose “identity” is the highest of the Ten Commandments, whose self-determination is the most important and whose feeling is the strongest ever measured on the Richter scale: then that always applies to everyone else too. And then there is actually no reason to hope for the bliss from the Federal Minister of Health and the inner order of souls from the law and regulation gazette.

In addition to all the beautiful new words for very old things that you have to know and use now, “resilience” is a rather older word, but it can also be suitable for new things. It means something like the ability to trust yourself and others, and is often combined with the insight that responsibility for yourself is more useful than lamentation in most crises. And now you come!

Spiral of violence in Myanmar continues: At least 50 dead in...