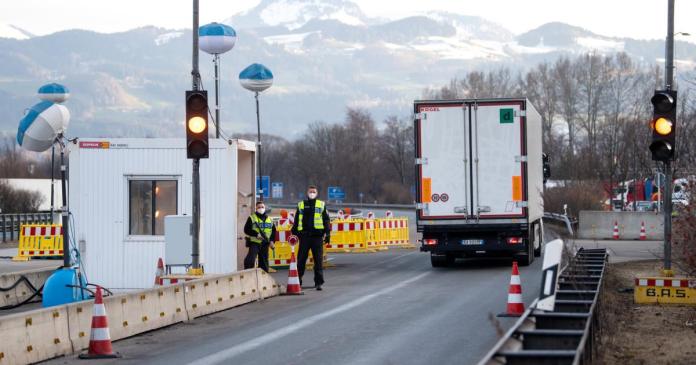 Since Sunday, Tyrol has no longer been a virus variant area for Germany. After six weeks, the virological classification ended at midnight, which justified a de facto entry ban by the neighboring country. Entry is thus possible again, but the previous regulation in the form of stricter quarantine and registration obligations continues to have an effect. They apply to everyone who has been in a virus variant area in the past ten days.

This means that travelers from Tyrol will in fact only be equal to those from other Austrian federal states in one and a half weeks. Until then, there is a mandatory quarantine of 14 days without the possibility of free testing and the obligation to submit a negative corona test at the border. When entering from other parts of Austria, you can also take the corona test after entering the country and test yourself free within five days. How long this will remain is uncertain, the classification of Austria as a coronavirus high incidence area will probably only be a matter of days.

Because of the spread of the South African virus mutation, Germany introduced stationary controls at the borders with Tyrol on February 14. Since then, only Germans and foreigners residing in Germany have been admitted. There were only a few exceptions, for example for truck drivers and commuters in systemically important professions, but these too had to submit a negative corona test.

According to the dpa, the German controls at the borders with Tyrol continued on Sunday morning despite the changed risk classification by the Robert Koch Institute (RKI). There is currently no change to Saturday, said a spokesman for the German Federal Police in the morning. At the border crossing between Kiefersfelden and Tyrol, traffic on Sunday morning ran without major disruptions. No major problems were known from other border crossings either. The spokesman for the German Ministry of the Interior has already received various calls from citizens who have asked what rules apply now.

As far as the rules according to the Bavarian Quarantine Ordinance are concerned, which include stricter test, registration and quarantine obligations for virus variant areas, the changed classification at the RKI is only slowly taking effect. Here it is sufficient to have been in such an area in the ten days prior to entry. This also applies if it is no longer classified that way.

In the border regions, the lower classification by the RKI had provided relief. In an open letter that became known over the weekend, the mayors of Mittenwald, Garmisch-Partenkirchen, Füssen and Pfronten as well as the president of the Tyrolean state parliament emphasized that the restrictions were “a huge burden for our border region and beyond”.

They called for “strict border measures between Tyrol and Bavaria” to be dispensed with in future. During the last extension, the Tyrolean governor Günther Platter (ÖVP) spoke of “unjustified harassment”. Shortly afterwards, during a visit to Berlin, Federal Chancellor Sebastian Kurz (ÖVP) urged the German Interior Minister Horst Seehofer (CSU) to have the controls lifted.

“DSDS” star Aline Bachmann beaten up by an ex-boyfriend

Demand for the iPhone 12 mini is said to be lower...

Impatience in the US with Ghani