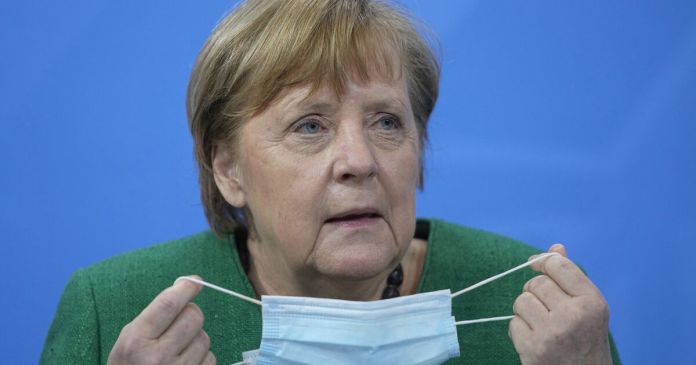 Merkel is taking responsibility for this, Merkel was quoted by participants in a switching conference with the prime minister that was called at short notice on Wednesday. “The mistake is my mistake.”

But no Easter rest in Germany

In the morning she decided not to initiate the regulations on Easter rest, but to stop them. The reason for the decision was that too many follow-up problems would have arisen had one – as decided – declared Maundy Thursday and Holy Saturday to be rest days. Expenditure and benefit are not in a good relationship, Merkel was quoted by participants in the completely surprisingly convened group with the state heads of government. According to reports, the Prime Ministers expressed their respect for the Chancellor and emphasized the shared responsibility.

The fuss about the planned lockdown

After the resolutions of the Bund-Laender Roundtable, displeasure arose above all from the fact that, despite almost twelve-hour discussions, the implementation of key points was still open. It was planned that Thursday and Saturday in Germany should be rest days similar to Sundays or public holidays. On Maundy Thursday the entire economic life should be able to rest, on Holy Saturday only the food trade in the narrower sense should be able to open.

The debate is determined by the increasing number of new infections and the warning from the Robert Koch Institute, for example, that the numbers could rise very sharply until Easter due to the spread of more contagious virus variants. The RKI again reported higher numbers of new corona infections. On Wednesday they were 15,813, 2378 cases above the value of the previous week. The seven-day incidence, however, remained at 108.1 compared to the previous day. The value indicates how many people per 100,000 inhabitants have been infected with the corona virus in the past seven days.

“The situation is still dire and we have to extend the lockdown,” said CDU leader Armin Laschet. “If this continues as it is at the moment, we will be well over 200 incidence after Easter and we will then come back to the limits of the resilience of the healthcare system.”

Lockdown at daycare centers and schools in Stuttgart: Why emergency care...

Is it threatened? First state wants to ban Bitcoin possession...