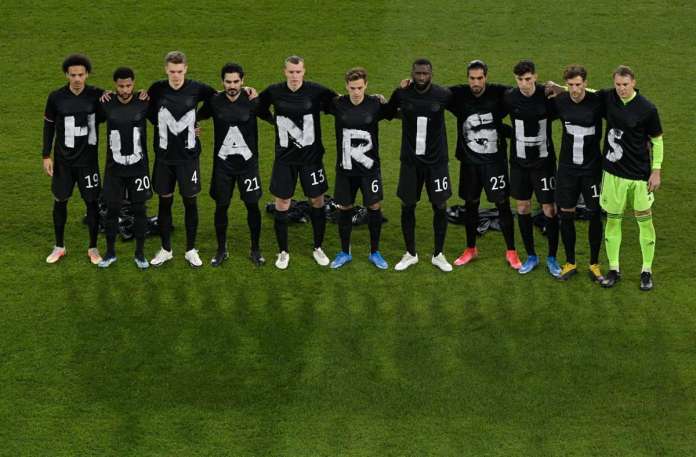 The message of the DFB-Elf for human rights before the game against Iceland goes around the world. But not everyone is enthusiastic about the protest note sent to the controversial World Cup host Qatar.

Duisburg – After all, Fifa refrained from producing a classic own goal on Friday. As the football world association announced, he will not sanction the DFB-Elf because of their jersey campaign from Thursday evening in the direction of Qatar. Actually, Fifa officially prohibits political statements in the context of their games, which undoubtedly included the match in the World Cup qualification for the tournament in Qatar at the end of 2022 between Germany and Iceland (3-0).

Tottenham stumbled upon Dinamo Zagreb in the Europa League

After criticism from his own ranks – Trump gives up blockade...

Roger Federer back after a year break – that’s what experts...

Munich: 14-year-old dies in a speeder accident – driver convicted of...