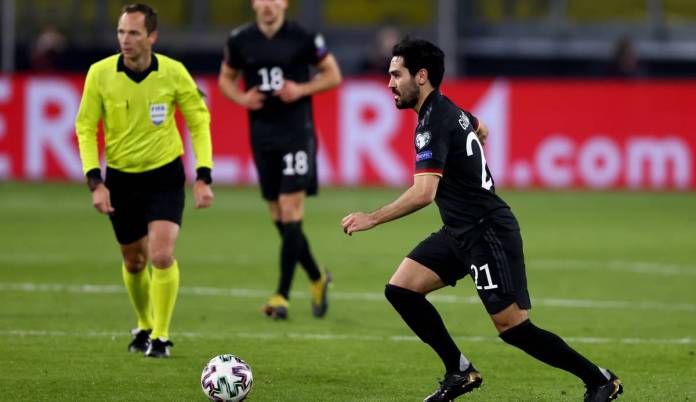 Germany will play today on the 2nd day of the World Cup qualification in Romania. In the following article we will show you where you can watch the game on TV, live stream and live ticker.

See the highlights of Romania vs. Germany on DAZN! Get one month for free!

The German national team will play their second World Cup qualifying game in Romania on Sunday, March 28th. The game will kick off at 8.45 p.m. at the Arena Nationala stadium in Bucharest.

But it won’t be easy! Romania demonstrated this with a 3-2 win against Scotland at the start of the qualification. Ianis Hagi, son of Romanian legend Gheorghe Hagi, only scored the “golden goal” to make it 3-2 in the 86th minute of the game. Then he sent a declaration of war to the team of national coach Joachim Loew. “We want to go to the World Cup! And we really believe that we can make it,” said the Romanian young star.

World Cup, qualification: dates and opponents of the DFB team

The national team has to play ten times between March and November 2021 as part of the World Cup qualification, a real top-class player is not on the program. These are the opponents of the Germans:

All qualifying matches for the 2022 World Cup in Qatar will be live and exclusive to RTL transfer. The private broadcaster starts broadcasting today at 8.15 p.m. Uli Hoeneß is supporting moderator Florian König for the second time as an expert. The game is commented on by the tried and tested duo Marco Hagemann and Steffen Freund.

On TVNOW offers RTL also broadcast a live stream of the game. However, this is chargeable.

You can watch the highlights of the game a few minutes after the game has ended DAZN see. Incidentally, the streaming service broadcasts all World Cup qualifying games with non-German participation live.

But that’s not all! Also has the Champions League, the Europa League, selected games of the Bundesliga and games from the European top leagues and cup competitions DAZN in its diverse program.

No possibility to watch the game of the DFB team live RTL or to follow it in the livestream? On SPOX you can also follow the game on the go in a detailed live ticker. All other today’s World Cup qualifiers will also be tickered by us!

Click here for the live ticker Romania vs. Germany.

Here is the daily overview.

World Cup qualification live today: the games at a glance

In addition to Romania and Germany, many other national teams are contesting their second qualifying match today. These include France, England, Italy, Switzerland and Austria.

Football Europa League: off for Tottenham and Milan

Stream No Angels on Spotify: “Daylight” in a loop

How Hamilton helped him over the Ferrari shock

Corona therapies: “These drugs could be suitable for nursing homes”