The devil has kidnapped Arthur’s beloved Guinevere into the depths of hell. So out with sword, ax, magic spell and Co. and off to the rescue mission in “Ghosts n ‘Goblins Resurection”!

Berlin (dpa / tmn) – 1985 appeared with “Ghosts n ‘Goblins” a milestone in video game history. A little knight named Arthur jumped and fought his way through hosts of zombies, vampires and ogres on all common consoles and home computers.

In the coming decades, the knight Arthur was to take to the field against the demonic host in recurring new editions of this classic game. In 2021, just in time for his 35th birthday, knight Arthur returns in “Ghosts n ‘Goblins Ressurection”. On Nintendo’s console Switch, with contemporary graphics and sound.

On a campaign against Satan

“Ghosts’ n Goblins Resurrection” is an action platformer and leads knight Arthur through hell. He has to save his only true love, Guinevere, who was taken to hell by Satan himself. Yes, exactly, the prince of darkness faces players as a big bad boss.

But before he can confront the goat-legged monster, Arthur has to fight zombies, skeletons, dragons and other beings with the help of numerous weapons.

Arthur can do magic now

Whether with a lance, torch, throwing knife or cross: the fight against the hosts of hell is still valid today alongside “Super Mario Bros.” (also 1985) as one of the most difficult jumping games of all time. Generations of game fans have angrily bitten into the controller when knight Arthur was killed by a zombie that spontaneously jumped out of the earth.

The new edition goes a step further: The game has been adapted to today’s gaming habits. Arthur can now cast powerful spells against his enemies in addition to his thrown weapons. That is good for the game.

“Done the opposite of that”: Trump: Ignored Fauci’s advice on Corona 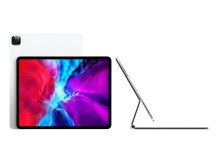 Apple’s tablet should be even more similar to the Mac

EU: Compromise with Poland and Hungary on rule of law mechanism...